A driver registered with Didi Chuxing, China's largest ride-hailing platform, was detained after he allegedly killed a passenger by ramming his car into the man after a quarrel in Fuzhou, Fujian province, on Sunday, local police said on Monday. 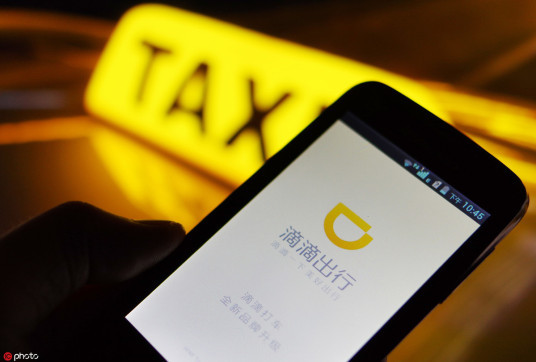 The case has once again put the platform, which has more than 550 million users in 13 countries, under the spotlight over safety concerns.

Police in Fuzhou's Changle district said in a statement that the driver, surnamed Gao, had been detained after he turned himself in. Around 2 am on Sunday, Gao and the passenger, surnamed Zhang, had an argument over a ride. After the situation escalated, Gao rammed the car into Zhang, who later died in hospital, police said.

Didi said in a statement that it's cooperating with the investigation.

The argument started when Zhang said Gao shouldn't have called at such a late hour and disturbed his family. Gao insisted there was nothing wrong in contacting the passenger when he reached the pickup address. Zhang's girlfriend, who was with him at the time, tried to calm the pair down but failed, according to the statement from Didi.

After the argument, Gao drove the car and repeatedly rammed into Zhang, causing his death, the statement added.

Didi said it has provided audio and video footage from the car to the police. Gao passed Didi's background check and became a driver in April 2019. He had no criminal record and no complaints had been lodged by his passengers.

In 2018, two cases of rape and murder involving Didi drivers made the company the subject of public and government scrutiny. Didi responded by launching a campaign to improve passenger safety.

Didi will do its best to reduce potential safety risks, enhance safety training for drivers and reduce the occurrence of safety incidents, it said following the latest tragedy, which has become a hot topic on social media.