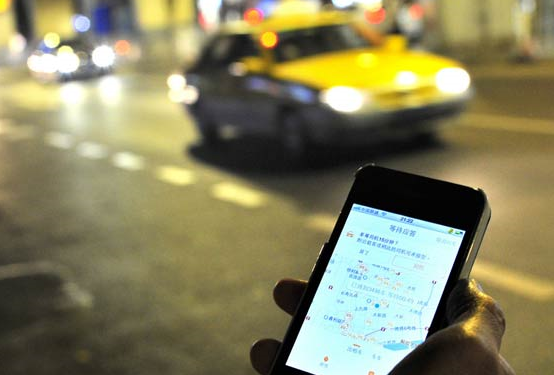 Liu Qing, Didi Chuxing’s president, visited and expressed her condolences to the family of a Didi driver who was killed by a passenger during a midnight trip in Hunan province on Saturday, the fourth murder case involving the ride-hailing firm in less than a year.

Liu said in Sina Weibo post on Monday night that: “It reminds me of my feelings last year when I was overwhelmed and didn’t know how to face it. I was cowardly and terrified then. Every time when we think of not visiting family members as soon as possible, we are in deep remorse.”

She hoped that people would give the company another opportunity to turn over a new leaf.

The driver, surnamed Chen, was stabbed to death by a passenger who sat in the back seat, according to a statement on Sina Weibo by local police in the Dingcheng district of Changde city on Sunday.

According to the statement, the 19-year-old suspect, surnamed Yang, hailed a Didi driver late night on Saturday and stabbed the driver before he was about to get off at a bus station.

According to the police, Yang was pessimistic and thought of committing suicide, but broke down on Saturday and killed the driver for no reason. Yang turned himself in shortly afterward and confessed his crime.

“We have set up an emergency response team to fully cooperate with the police investigation,” Didi said on Sunday. “We have sent staff to visit and comfort the driver’s family, help with follow-up matters and provide humanitarian assistance.”

China’s biggest ride-hailing provider, Didi was at the center of a national outcry after two female passengers were killed by its hitch service drivers in separate cases in May and August last year, forcing Didi to suspend its hitch service indefinitely.

The company also took steps to better ensure passenger safety, such as making it easier for them to contact police en route and the introduction of audio and video recording functions during the ride. According to Didi’s announcement on Thursday, about 138 million people have added an emergency contact to their Didi app.

Though passenger safety has drawn most of the public attention, Didi is also facing pressure to protect its drivers.

It’s not the first time a Didi driver has been killed by a passenger. In late November, a 23-year-old passenger surnamed Sun allegedly robbed a Didi driver surnamed Zhou of over 2,000 yuan ($298) and then murdered him during a midnight trip in Guiyang, Guizhou province, according to Guiyang Evening News.

Xu Kangming, a transportation expert and policy adviser at the Ministry of Transport, said that more safety upgrades should be implemented to protect the drivers as well.

“The rating system makes it possible for drivers to avoid dangerous passengers. Drivers should be allowed to check to see if a rider has a poor rating and deny that ride request,” Xu said.

He said internet car-hailing companies should also introduce tools that keep the drivers’ spouses or other family members informed of their whereabouts while still keeping a passenger’s pickup or drop-off information private.