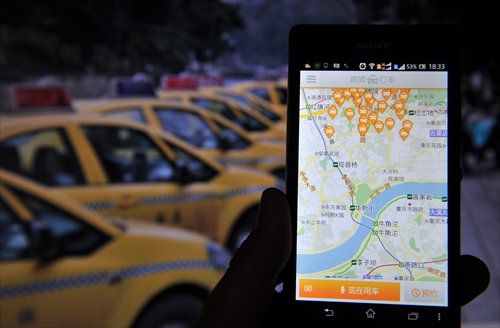 Chinese authorities announced fresh plans to overhaul the safety of online ride-hailing services starting Monday until the yearend, after two women were raped and killed in three months during their shared taxi journeys.Passengers will be encouraged to report any illegal activity by drivers, and the authorities will strengthen law enforcement in major areas, according to the plan by the Ministry of Transport and Ministry of Public Security.Before the announcement of the plan, Didi Chuxing, China's biggest ride-hailing service, suspended its late-night service between 11 pm and 5 am from Saturday to September 14, which applies to its taxi-hailing and other car-on-demand services as part of its reforms and safety upgrade.Insiders claimed the company's monopoly led to passengers' inconvenience.Late-night commuters were forced to pay exorbitant amounts of money to get a taxi. "I have to pay extra to get a taxi. The price was about four times the usual amount," a Beijing resident surnamed Zhao, who took a taxi Sunday night, told the Global Times. Night commuting has become very inconvenient without Didi, Qian Zhibang, who lives in a suburb of Kunming, Southwest China's Yunnan Province told new site thepaper.cn. Traditional taxis always refuse me because my house is in the suburbs and won't be able to get a fare on their way back, he said.A passenger surnamed Ma in Shanghai said illegal taxis may benefit most from Didi's absence. "I was charged 100 yuan by these illegal taxis for 10 kilometers, which normally costs 50 yuan." But not everyone is convinced of Didi's "one-size-fits-all policy." A netizen named He Xingzhou said he doubts that Didi's suspension is a way to show its dissatisfaction."Didi subsidized passengers and drivers at first to seize the market and to beat  rivals like Uber. Now its monopoly status protects Didi from many restrictions or real punishment," He said."It offered an alternative to the traditional taxi service that could not satisfy commuters in terms of quantity and quality," Zhao Zhen, deputy director of the China Association of Communication Enterprise Management, told the Global Times. Didi reached a strategic agreement to acquire Uber China in 2016, the move helped Didi strengthened its dominant market position.However, "competition is indispensable for a healthy industry. No matter whether other companies can seize the opportunity and rival Didi, we should prevent it from becoming a monopoly," Huang Haibo, secretary-general of the Beijing Lawyers Association Traffic Management and Transportation Committee, told the Global Times.