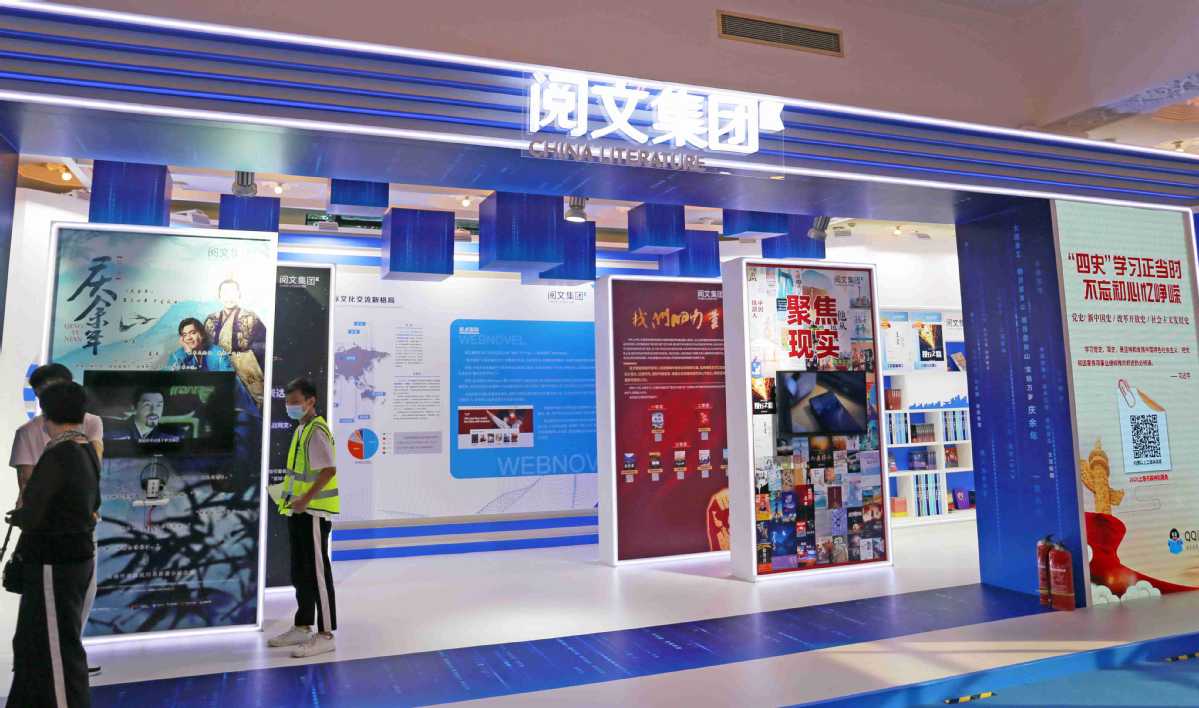 Visitors check out the booth of China Literature, an online arm of Tencent, during a book expo in East China's Shanghai. [Photo by CHEN YUYU/FOR CHINA DAILY]

BEIJING -- The number of digital book readers in China reached 506 million in 2021, up 2.43 percent year on year, according to an industry report released Saturday.

Over 70 percent of these readers are under the age of 25, stated the report mainly compiled by the China Audio-video and Digital Publishing Association, adding that more and more readers are willing to pay for digital content.

Over 400,000 Chinese digital books were released abroad last year, with North America, Japan, the Republic of Korea and Southeast Asia being the major destinations. Fantasy and martial arts were among the most popular themes, according to the report.