In addition to using cash and digital payment platforms such as Alipay and WeChat Pay, participants in the fourth Digital China Summit have another payment option: the digital renminbi (RMB), if they want to buy bottled water or snacks at the meeting venue. 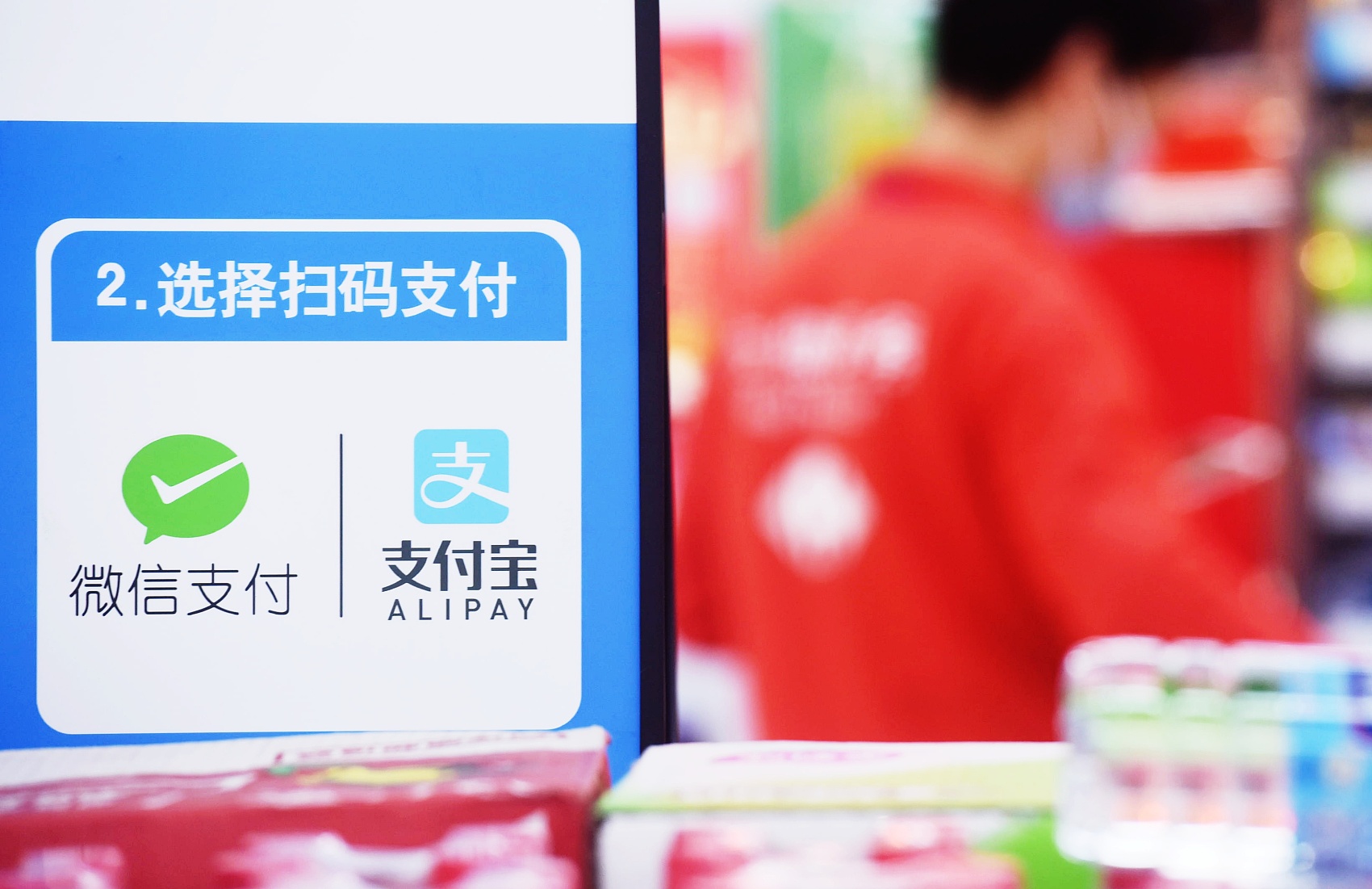 After downloading a mobile app and depositing RMB, the money automatically changes into its digital form. The payment process is as simple as scanning a QR code on the app, similar to that of digital wallets, and transactions take place in real time. China has launched pilots of the digital currency in a number of cities.

Opening on Sunday in Fuzhou, capital of east China's Fujian Province, the two-day summit showcases the latest developments and applications of digital technologies including blockchain, 5G, AI and big data under the theme of "Stimulating new dynamics of data factors and embarking on a new journey for digital China."

It aims to increase industry exchanges and build cooperation platforms. Tech giants such as Huawei, Alibaba and Tencent have brought here their cutting-edge products, and participants are gathering here to pool wisdom on the improvement of e-governance and the construction of a smarter society.

China's 14th Five-Year Plan (2021-2025) highlights the development of the digital economy by promoting its deep integration with the real economy and building digital industrial clusters with international competitiveness, which will spur high-quality growth.

In a keynote speech at the opening ceremony of the summit, Huang Kunming, a member of the Political Bureau of the Communist Party of China (CPC) Central Committee and head of the Publicity Department of the CPC Central Committee, stressed the importance of pursuing self-reliant, innovation-driven and high-quality development in advancing the construction of a digital China.

The use of digital technologies helped China tackle the COVID-19 epidemic in many scenarios such as contact tracing, triaging people with fevers, and telemedicine. Now China is promoting the in-depth integration of digital technologies with the real economy to upgrade its industries and blaze a path of high-quality development.

The trend of smart manufacturing has swept the country. In sportswear giant ANTA Sports' smart factory in Xiamen, workers no longer need to bundle clothes together and carry them to their next processing location.

Powered by industrial automation, big data and the Internet of Things, the workshop can carry out automatic tailoring, integrated logistics and intelligent sorting, among over a dozen functions.

A smart hanging system moves clothes around in the workshop and takes them to different floors for their next procedures, relieving workers of their previous heavy-lifting duties.

"We were inspired by the bullet train when designing the system, which allows us to trace movements to each 'stop' of the production process," said Zhong Xueliang, a project manager at the factory.

Each piece that comes out of the system is standardized and its quality is guaranteed, Zhong noted. The system can shorten the process of making one piece of clothing from at least half a month to a minimum of three and a half hours.

The Xiamen factory is just one of China's many new smart factories. In Quanzhou City, a manufacturing hub in Fujian, over 1,500 large enterprises are going through digital transformations.

"Digitalization helps increase labor productivity and economic output per person," said Yang Xueshan, a professor at Peking University. "It is essential to integrate digital tech with physical factories and the real economy."

Ke Hong, head of Baihu village in Fuzhou, has seen his work become much more efficient with the help of 5G-connected sensors and cameras installed around the village. He can use them to monitor the operations of infrastructure such as lampposts, a parking lot and manhole covers.

Digital technologies also allow the village's community workers to provide better health care for the elderly, particularly those who live alone or are at high risk of illness.

Ke Shunjun, 78, wears a wristband provided by the village that tracks his real-time physiological data. Medical staff are notified immediately should any emergency occur.

"My family and I feel much more at ease since I got the wristband, as all my children work outside the village," he said.

The smart village in Baihu offers a glimpse into how digital technologies are penetrating and reshaping China's rural areas — a top priority for China's policymakers as the country has shifted its focus from poverty alleviation to rural vitalization.

Smart agriculture is another bellwether of a greener and more productive future. More than 100 cameras can be found across a 5G-assisted smart tea farm in the eastern Chinese city of Fu'an, most of which are connected to the 5G network to monitor the field 24 hours a day, so that plant diseases and pests can be detected instantly, according to system technician Liu Shengquan, also a tea farmer for over 30 years.

As a result, the use of pesticides can be greatly reduced, and earnings per mu (about 0.067 hectares) can increase by 300 yuan (about 46 US dollars) to 500 yuan a year, according to Liu.