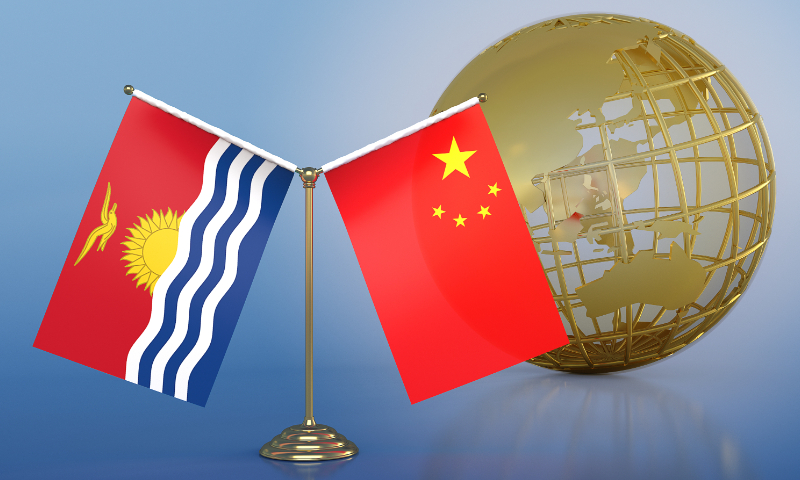 Biased media reports hyping up a potential security pact between China and Kiribati is unreasonable and with ulterior motives, Tinian Reiher, an honorable member of Kiribati parliament, told the Global Times in an interview on Thursday, noting that the upcoming official visit to Kiribati on Friday from Chinese State Councilor and Foreign Minister, Wang Yi, is highly expected to bring more concrete benefits and heightened cooperation with local people as China has long provided since ties resumed in 2019.

Some Western media, citing officials in the US and its allied countries, have been active in hyping up China's "intensified drive for influence in the Pacific" by negotiating "security deals" with two additional island states, including Kiribati, following a pact with the Solomon Islands.

Michael Foon, Kiribati's foreign affairs secretary, has recently denied his government was in "discussions on a security agreement with any partner."

Reiher called the representation by Western media "purely absurd and senseless," saying that those claims are made "for the purpose of discrediting China's presence in the Pacific and the China-Kiribati relations."

"The important question to ask here is simply, why does Kiribati need a security deal with China? We are a small island nation located in the middle of the Pacific Ocean with vast ocean and fishing resources as our main revenue source. Is that worth fighting for and do we need to be concerned with security as such?" Reiher questioned.

Western media and politicians have also ramped up efforts to distort China's presence and hyped up the "risk of China's ambitions" in the region, citing China's security pack with the Solomon Islands that "risks militarizing South Pacific."

Reiher dismissed such accusations, stressing that Kiribati's decision to resume ties with China is "purely for Kiribati's socio-economic development aspirations."

"This security deal should not be taken as a threat to any developed nation. We certainly do not feel any instability with such a deal or are concerned that Kiribati is placed at a relatively disadvantage position because of the security deal," he suggested.

"Many people are saying that we are allowing China to compete with the US and Australia. But in fact, we moved back to China because we believed that it is a wise move and in the best interest of our people and future development, given China's global influence as the fast-developing nation with huge economic wealth and power," Reiher said.

The parliamentarian told the Global Times that various sectors in Kiribati's society look forward to Wang's visit as it can strengthen the bilateral ties and demonstrates China's true and strong commitment to the sustainable development of Kiribati.

"It will show the world that China is serious and indeed committed to the development of a sustainable global economy, which never leaves behind poor and disadvantaged island economies," he suggested.

Reiher said that China-Kiribati relations have developed in a "very cordial way and in a remarkable degree of mutual understanding."

Local people truly appreciate the benefits bought by Chinese cooperation in enhancing their socio-economic development, Reiher said, noting that the efforts of the Chinese Embassy in Kiribati is helping to earn the trust of the grassroots population in Kiribati.