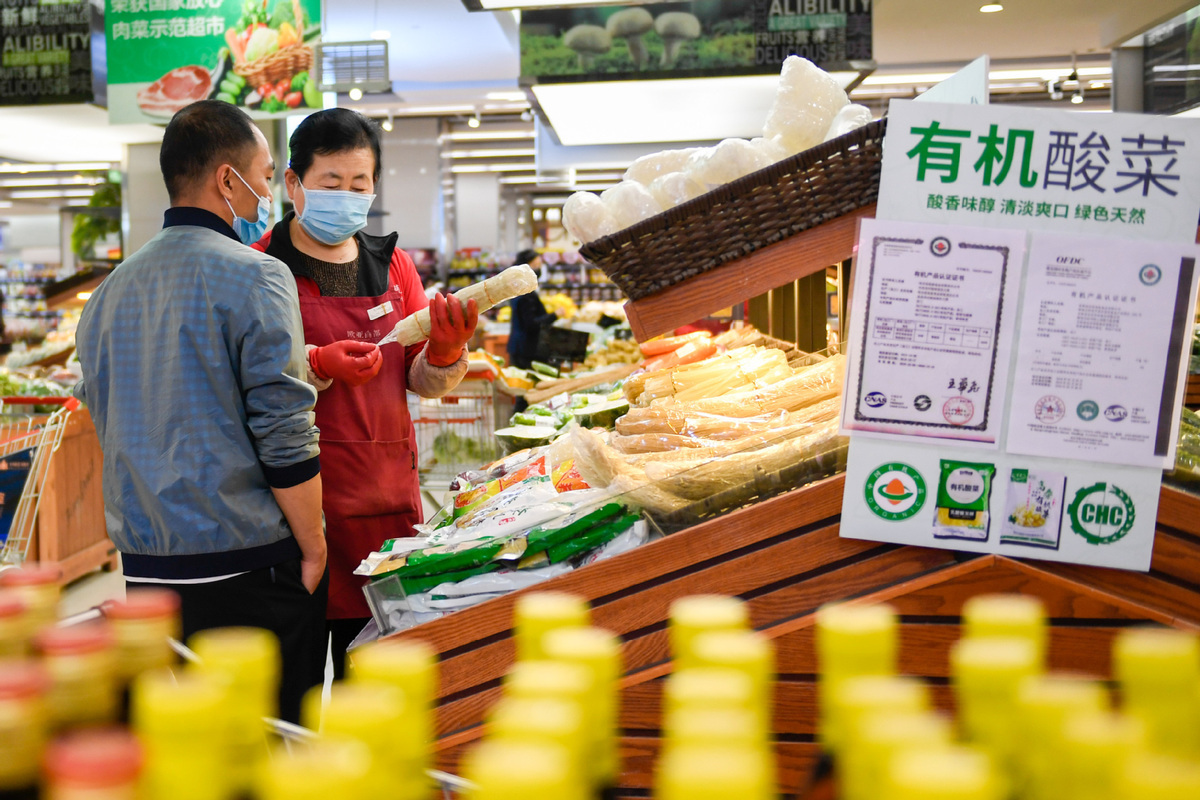 Residents shop in a large supermarket in Fengman district of Jilin city, May 12, 2020. (Photo: Xinhua)

Fengman district of Jilin city, Northeast China's Jilin province, has been classified as a high-risk area for COVID-19 as three new locally transmitted cases were reported in the district on Saturday.

Yang Limin, deputy secretary-general of the city's government, said at a press conference on Sunday that the city has reported 32 confirmed locally transmitted cases since May 7.

A total of 938 people who had close contacts with the confirmed cases have been tracked down and placed under medical observation as of Saturday midnight, according to Yang.

Five patients -three locally transmitted cases and two imported - were discharged from the hospital on Saturday in Jilin city.

However, the source who caused the coronavirus cluster infection in the city has not been tracked down. National and provincial experts have been analyzing the transmission and will release the result to the public as soon as they find out, Yang said.