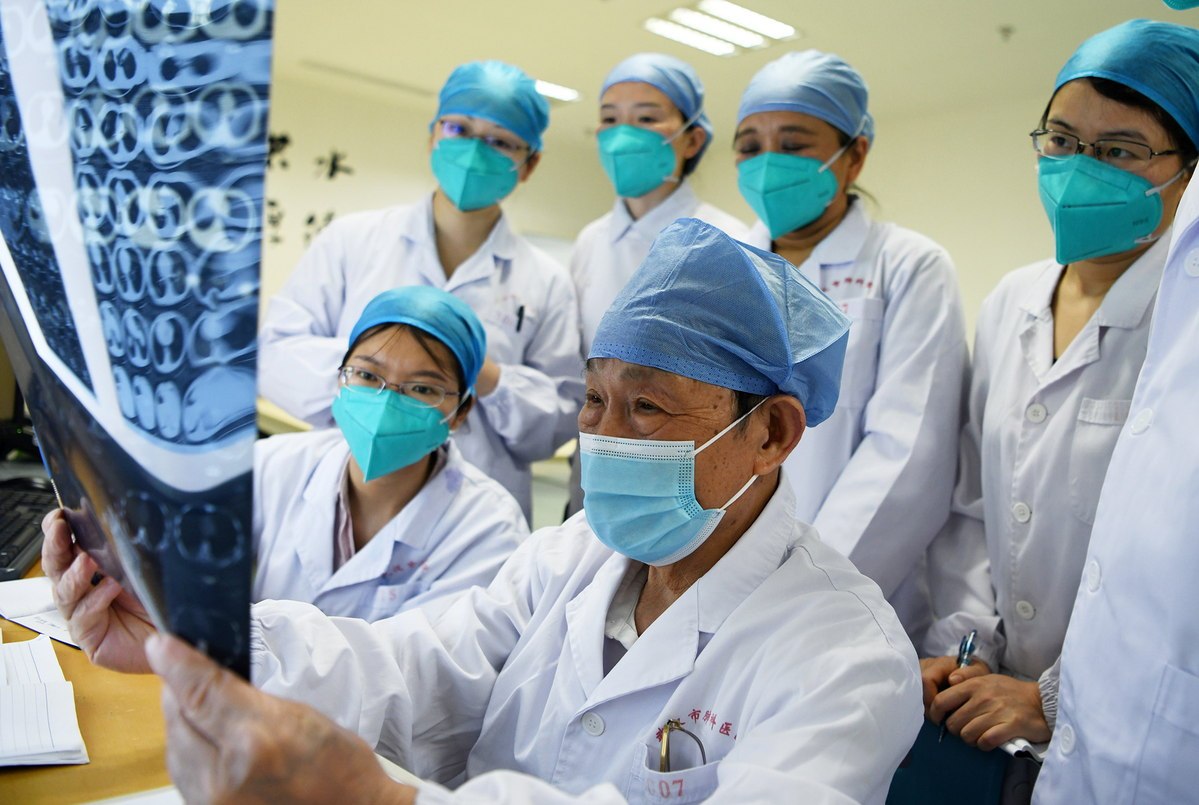 After recovering from novel coronavirus pneumonia on July 1, respiratory expert Zhang Hewu began patrolling wards in Wuhan Pulmonary Hospital, where he has worked for the past 62 years.

Zhang, 82, became the oldest doctor in Wuhan, Hubei province-the city hit hardest by the COVID-19 pandemic on the Chinese mainland-to return to work after recovering.

He caught the disease in January while treating patients and was admitted to the hospital on Jan 25. His condition significantly worsened the next day, and he suffered respiratory failure.

"It was really difficult. I could not talk or breathe normally and had to constantly gasp for air," he said.

However, against his doctors' advice, he refused to be put on a ventilator or go to the ICU because he wanted to reserve the then-scarce medical resources for younger patients.

"I am not afraid to die, as death will come sooner or later, and I have told the doctors they do not have to rescue me if things get really bad," he said.

Zhang also became the busiest patient in the ward as the senior doctor read books to learn about the virus on his bed every day as his condition gradually improved.

Being internet illiterate, Zhang asked his son and grandson to send the latest research results on COVID-19 to him so that he could keep up to date.

He also volunteered to take part in trial treatment methods and plans.

Thanks to his good physical health before catching the virus and doctors' all-out efforts to rescue him, he survived the disease and was discharged from the hospital in late April.

The disease had done much damage to his respiratory system, and he went through two months of rehabilitation to fully recover in late June.

He said he returned to his position on July 1 because he wanted to continue to make contributions to the hospital and save more patients.

Since he resumed work, Zhang has kept the same schedule as before, patrolling wards, giving consultations and receiving patients.

"Being hospitalized for the novel coronavirus is the longest I have taken a leave from the hospital," Zhang said. "I think being a doctor is one of the most fulfilling jobs in the world, and I hope to become the oldest doctor remaining on the job in Wuhan."

"I have never thought about retiring. I will only retire on the last day of my life," he added.