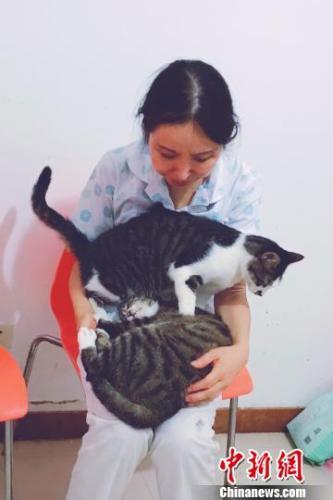 For the past 15 years, Xi’an University of Architecture and Technology campus doctor, Cheng Xiaoying, has adopted over 80 stray cats and one dog. As her cat family has constantly expanded, Cheng now spends 10,000 yuan of her own money to care for the lost felines, according to huanqiu.com. 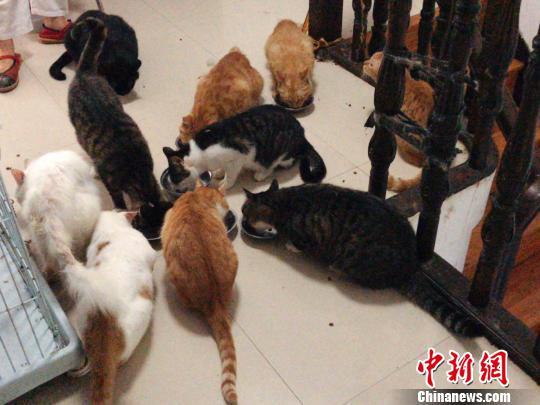 Since she first started caring for the stray animals, her family and friends were unable to understand her motivation, and she faced criticism from her neighbors. Cheng, 55,  has always been to able to move forward and now wants to open an animal foundation and cat shelter.

Cheng adopted her first cat 15 years ago. As she explained, she just couldn’t stop taking them home every time she found a wounded or abandoned cat on the street. She has so many cats that she rents a separate place for them to live. 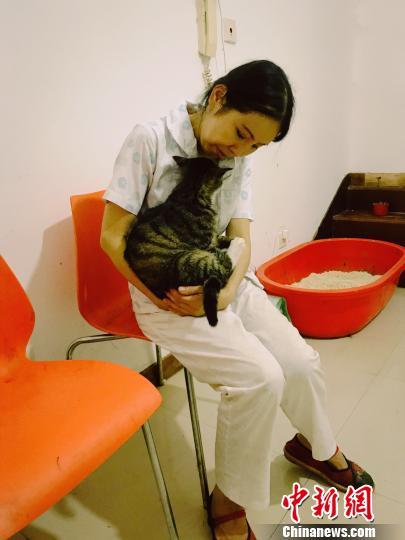 Cheng works from 8 am to 6 pm at the university. Afterward, she feeds the cats and then goes home and prepares dinner for her family. After dinner, she’ll do some housework and then spends almost four hours cleaning and sanitizing the cat shelter.

Cheng usually doesn’t finish until 2 am and said, “I still have to wake up early for work the next day.”

When she was younger, Cheng enjoyed performing on stage. She was a dancer, an actress, and even played the Guqin, a Chinese musical instrument. She eventually had to abandon those pursuits because she needed more time to take care of adopted her cats.

There were many who could not understand Cheng. Her husband even once suggested that she stop caring for the stray cats. Her neighbors once scratched a message on her front door that said the cats could bring infectious diseases to the neighborhood. 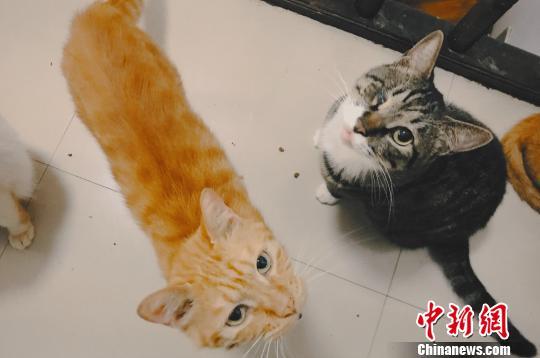 Cheng spends almost all her salary caring for her cats. “Sterilization, vaccines, operations, cats need that, too. And that costs money,” she explained.

The money and criticism do not bother her the least. “I would never think of giving them up, every time I open the door and see my ‘children’ running toward me,” she said.

Once the foundation and cat shelter are established, Cheng hopes her efforts will raise awareness that there are many animals out there in the world just waiting to be saved.