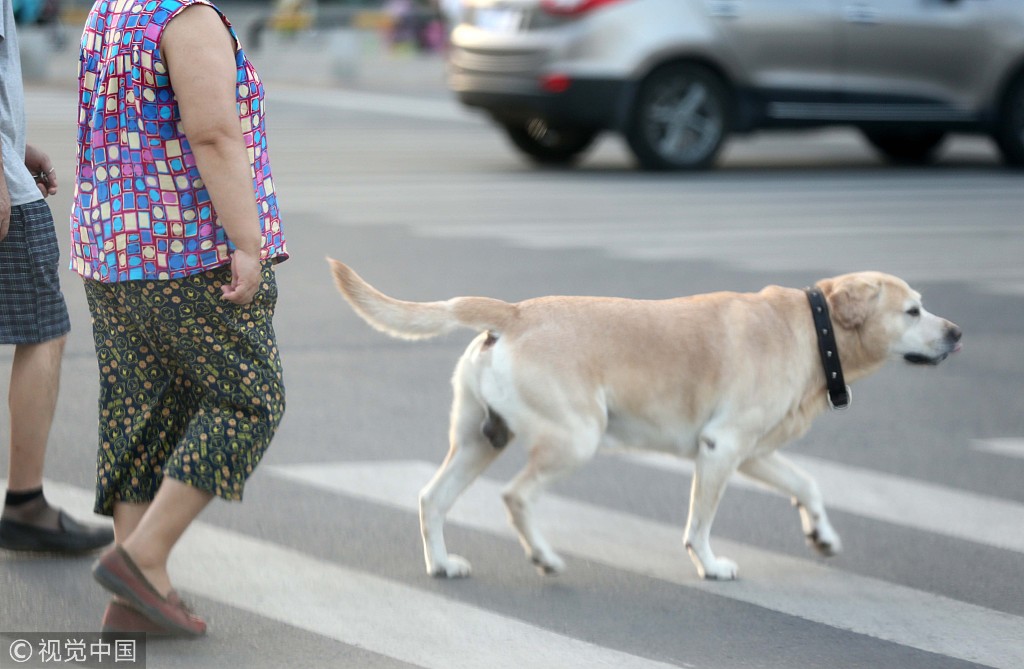 Doctors suggested caution when being around pets and keeping them safe in extreme heat, as the case number of dog-bite injuries at local hospitals increased in Shanghai in July when temperatures hit around 37 C.

Punan Hospital with the largest dog-bite injury clinic in Pudong New Area received over 120 related cases on Tuesday, most of which were bitten or scratched by cats and dogs at home or in public places, according to a report by online news portal ThePaper.cn.

According to Zhang Lei, director of Punan Hospital's emergency department, this month has seen an average increase of 100 outpatients suffering from dog attacks per day at the hospital, compared with June.

"It was caused by pets' anxiety when exposed to the heatwave, and as more people work from home due to the COVID-19 prevention measures, wearing shorts, it's more likely to have such cases," Zhang said.

Doctors suggested people shouldn't over exercise pets and irritate them, and should walk dogs with a leash in cool early morning or late evening to avoid pets get heatstroke or hurt passengers when it's hot outdoors.

"Rabies vaccine should be administered promptly after being bitten or scratched by pets," said Shen Jiajia, doctor from the emergency at Shanghai Jiahui International Hospital.

Shen added the wound should be rinsed with soapy or clean water as soon as possible. Active bleeding wounds should be bandaged before seeing a doctor.