CHINA Documentary on China's education achievements to be aired

Documentary on China's education achievements to be aired

BEIJING -- A four-episode documentary series featuring China's achievements on education during the past 70 years will be aired on China Central Television starting Tuesday. 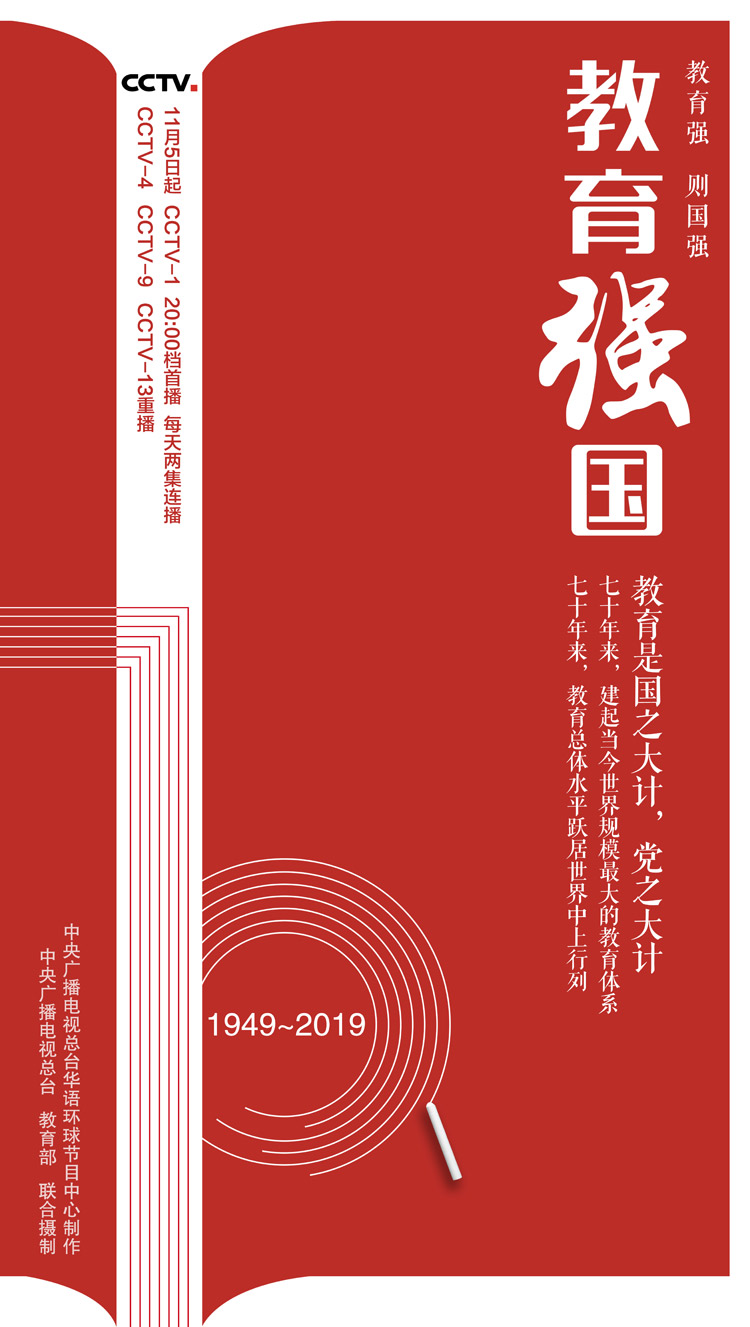 The series, jointly produced by China Media Group and the Ministry of Education, will demonstrate the country's consistent efforts to develop education.

The documentary series will show how China evolved from a country with an 80-percent illiteracy rate to having 276 million students studying at various forms of schools.

The production team interviewed 65 teachers, students, scholars and people familiar with the process to tell the stories of China's education.