Dogs to be vaccinated to prevent wild pandas from contracting diseases

Panda experts are planning to vaccinate dogs around wildlife reserves in China to prevent giant pandas from contracting rabies or distemper. 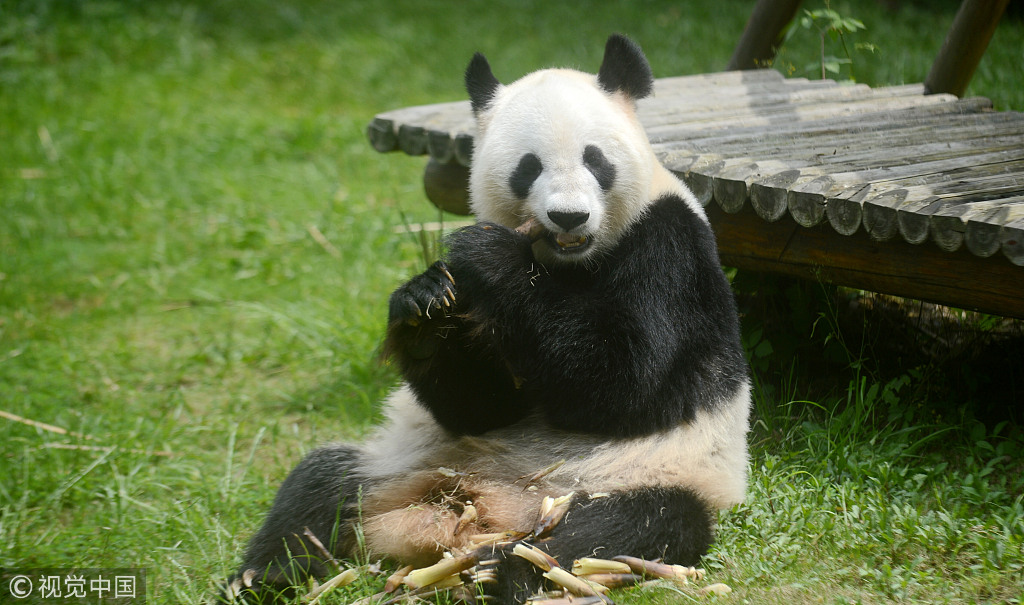 Photos: VCG
The method has been proven to be effective, according to Diao Kunpeng, a panda expert at the Beijing-based NGO Shan Shui Conservation Center, which conducted a pilot program around the Shaanxi Foping National Nature Reserve and other reserves in the country since 2015.
The fatal canine distemper virus (CDV) killed five giant pandas between December 2014 and March 2015 in Northwest China's Shaanxi Province.
The center, with the help of China Agricultural University, has vaccinated 300 to 400 domestic dogs around several wildlife reserves in China since 2015, Diao said.
There has been no reported case of CDV infection of pandas since then.
Research conducted by the center shows that 72 percent of unvaccinated domestic dogs living in and around a reserve in Shaanxi carried CDV.
Scientists also noticed that dogs and wild pandas roam around the same area during winter, the peak CDV season, when infections appear to rise, according to an article sent by Jin Yipeng, a professor at China Agricultural University's college of veterinary medicine, to the Global Times on Thursday.
Scientists believed that dogs carrying CDV can become potential threat to pandas, the article said.
"The death rate of infected dogs is around 85 percent, the highest among all susceptible animals, except pandas," Diao said.
Data shows that the panda's resistance to CDV was close to zero. "Pandas could easily get infected through contact with excretions or urine of dogs," Diao said.
No effective CDV vaccines for pandas have yet been developed.
"It is also not practical to find and vaccinate every wild panda living in the mountains," Diao said.
The center is planning to expand its pilot program in other parts of China.
The method is also expected to be promoted to protect Manchurian tigers from getting infected with CDV, another State-level endangered animal species in China.
The Fourth National Giant Panda Survey conducted by the Chinese government showed that the number of wild pandas in the country reached 1,864 by the end of 2013, and 33.2 percent of them live outside protected nature reserves.