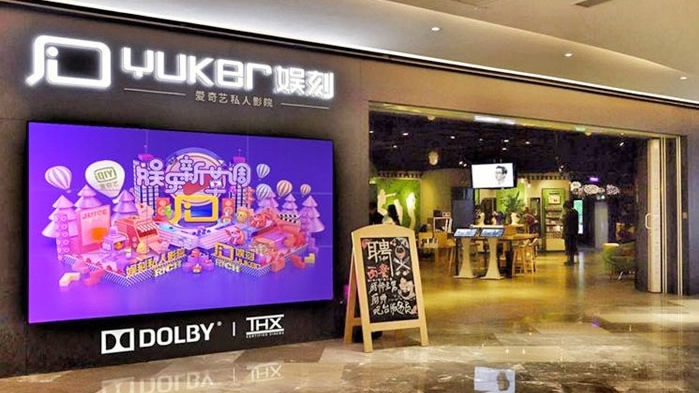 Since the launch of the first Dolby Cinema in China in 2016, the company has partnered with Chinese cinema lines to launch 59 Dolby Cinema sites in 32 Chinese first-tier and second-tier cities, including Beijing, Shanghai, Guangzhou, Dalian, Shenzhen and Nanjing, said a source with Dolby on Friday.

For more than 40 years, Dolby has boosted filmmakers' creations, as reflected in the popular Star Wars franchise ever since the first movie in the series, 1977's "Star Wars: A New Hope", made use of Dolby's stereo audio technology, said the San Francisco-based company.

As China is poised to become the world's largest film market by 2020, Dolby has seen the country as a major exhibitor to promote Dolby Cinema, a specially-designed type of movie theater equipped with Dolby technologies to enhance the viewing experience.

The latest installment in the Star Wars franchise -- "Star Wars: The Rise of Skywalker," which was created with Dolby sound and vision technologies, is available at all Dolby Cinemas in China starting Friday.

The company's expansion in China is boosted by local blockbusters created with Dolby technologies, such as Chinese action star Donnie Yen's franchise finisher, "Ip Man 4: The Finale," which was also released in Dolby Cinemas on Friday.

Both films have topped the Chinese box office since they were released, according to Chinese film and TV database Mtime.

To meet the rising demand of Dolby Cinemas in China, Dolby has been investing in the education of local filmmakers to create content with Dolby technologies.

This year, it collaborated with the China Society of Motion Picture and Television Engineers to organize a sound creation competition, as well as partnering with the Communication University of China to launch a workshop for young engineers, the company said.

Since Dolby Atmos, an advanced sound system, debuted in the cinema industry in 2012, more than 5,000 Dolby Atmos screens have been ordered globally, almost half of them in China.

The launch of the 2,000th screen in China "marks a significant milestone in our Dolby Atmos cinema business as we expand our global footprint," said Michael Archer, vice president of worldwide cinema sales at Dolby.