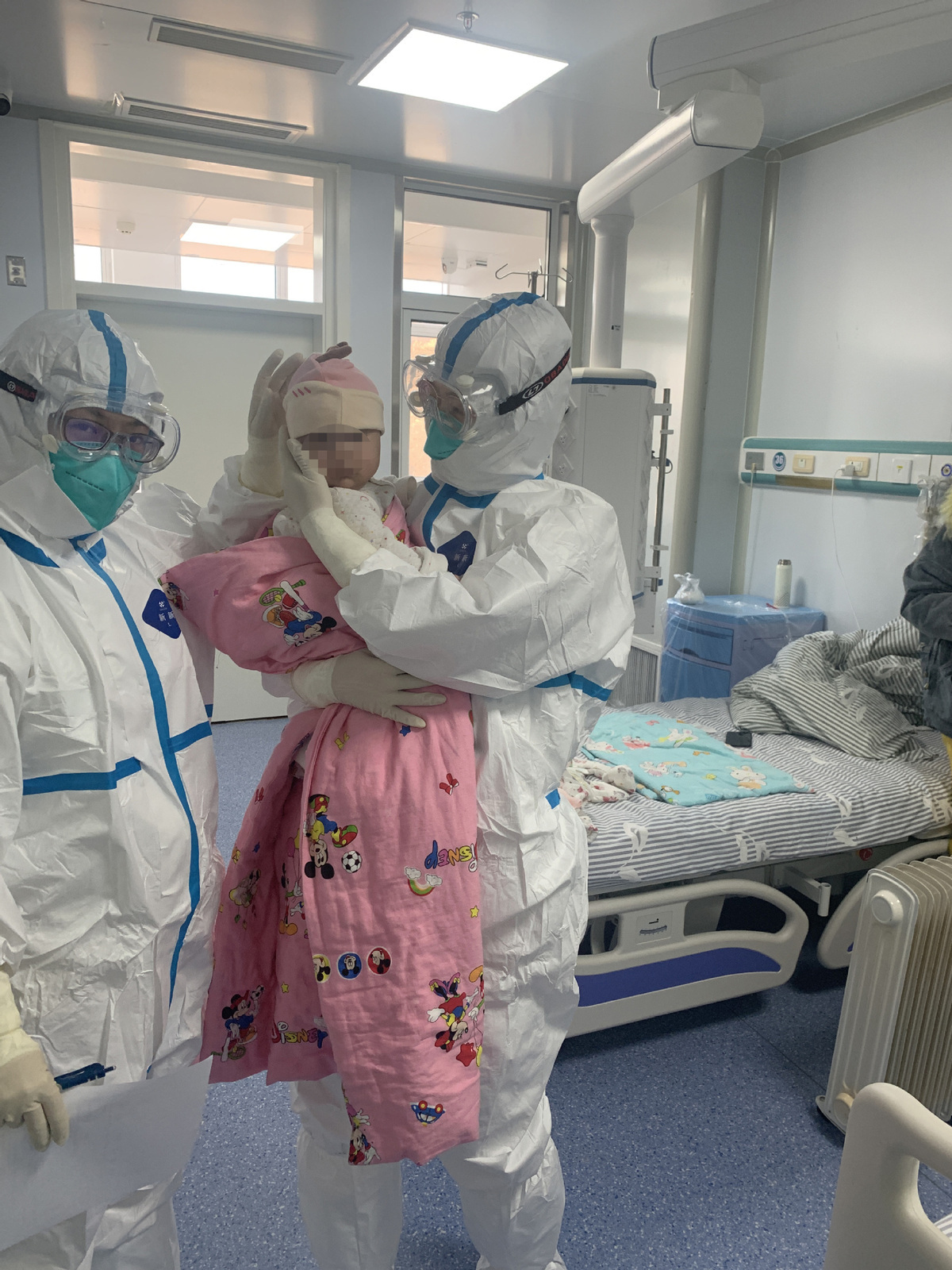 Medical workers look after a 3-month-old COVID-19 patient on Friday at Dalian Sixth People's Hospital in Liaoning province. The family of three were all confirmed as locally transmitted cases on Friday and are currently undergoing medical treatment in the same ward. (Photo: Xinhua)

Beijing has entered a state of emergency as the number of COVID-19 cases rose over the past few days and the city still faces a complicated situation in terms of coronavirus control and prevention, officials said on Sunday.

Xu Hejian, spokesman for the municipal government, said at a news conference that all the capital's district governments, administrative departments and bureaus should stand by for emergency contingencies to cut infection numbers and control the spread of the contagion.

Beijing reported five confirmed COVID-19 cases and one asymptomatic case on Saturday, all domestically transmitted and all related to previously confirmed cases, said Pang Xinghuo, deputy director of the municipal center for disease control and prevention, at the news conference.

Beijing has taken measures including large-scale nucleic acid tests since the recent cases came to light.

As of 3 pm Sunday, over 830,000 test samples in Shunyi district have been collected, of which 389,000 have so far proved negative, district data showed.

The Beijing government reiterated suggestions that residents stay in the city for the coming New Year's and Spring Festival holidays－the latter of which falls in mid-February－and suggested no group visits are made to and from Beijing over the period.

Some agencies in Guangdong province have received the suggestion and began suspending group trips to Beijing.

For example, Guangdong China Travel Service has suspended group travel to Beijing during the Spring Festival holiday, though no official ban from authorities has been released, reported Southern Metropolis Daily on Sunday.

In addition to the new cases reported in Beijing, an asymptomatic COVID-19 carrier was reported in Shenzhen, Guangdong province, on Sunday. The 27-yearold man made business trips to Beijing between Dec 7 and 12, and between Dec 21 and 25, according to the city's health commission.

Tougher restrictions have been adopted in Dalian, Liaoning province, considering the port city had 12 medium-risk areas under closed-off management in Jinpu New Area as of Sunday, according to the city's health commission.

Dalian's latest round of infections began on Dec 15 when four port workers handling cold-chain food products were found to be asymptomatic carriers.

Liaoning now requires all port personnel involved in unloading, handling and transporting imported chilled and frozen foods to get COVID-19 vaccinations by Thursday, according to a notification released on Dec 24.

They are recommended to live in centralized housing and take tests once a week, it added.

The province now has 34 confirmed patients and 29 asymptomatic carriers in hospital, according to the provincial Health Commission.