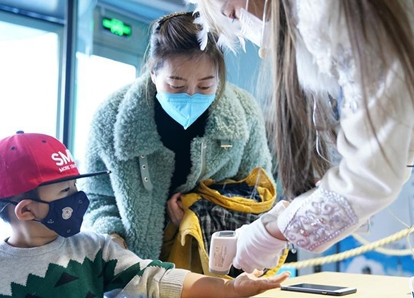 Clustered coronavirus infections in Harbin, Northeast China's Heilongjiang Province have further expanded and resulted in Tuesday's reporting of more new domestic infections than imported ones for the first time in six weeks.

Epidemiologists and biomedical scientists reached by the Global Times noted that considering the outbreak has spread across provincial boundaries, large-scale contact tracing and rapid quarantine are urgent to prevent the infections from developing further or even causing a broad second wave.

Six of the seven domestic cases were from Harbin, which now has 45 confirmed patients and 23 asymptomatic patients.

A Chinese national surnamed Han who returned from the US started the chain of infection by passing the virus on to her neighbor while Han herself showed no symptoms. The neighbor's family then held a gathering and one of the attendees went to a hospital after suffering a stroke, leading to clustered infections at two hospitals.

The infection chain has now extended to people in North China's Inner Mongolia Autonomous Region and Northeast China's Liaoning Province, who had been to the two hospitals. More than 70 people on the chain have contracted the coronavirus.

Such an extra-long infection chain means the virus could have mutated to be more infectious, Zeng Guang, chief epidemiologist of the Chinese Center for Disease Control and Prevention, told the Global Times on Tuesday.

Jin Dongyan, a professor at School of Biomedical Sciences at the University of Hong Kong, told the Global Times that the Harbin clusters indicate that some asymptomatic carriers could be highly infectious, but so far there is no evidence that the coronavirus has mutated.

Jin noted that silent carriers may become a big challenge for China's COVID-19 control work, and called for an epidemiological investigation to determine the exact proportion of asymptomatic carriers as well as their infectivity.

It's possible that more cases like the Harbin one will occur in China and eventually cause a second wave of the epidemic in the country, Jin said.

In response, Heilongjiang and nearby provincial regions are conducting a large-scale contact tracing drive to minimize the impact of the infection chain. At least 4,106 people were on the screening list of the two Harbin hospitals.

As for recent cases involving patients who tested positive after finishing their quarantine periods, Jin said that this did not mean the incubation period of the virus was prolonged, as cases with incubation periods longer than 14 days are still very rare.

Han returned on March 19 and finished home quarantine on April 3 with negative nucleic acid and antibody tests. Han had been hanging out and even made a trip to Shanghai before her neighbor was confirmed to be a silent carrier, diverting attention back to Han.

Han flew to Shanghai on April 5 for surgery and stayed in the clinic and a hotel for three days, Shanghai government said after contact tracing. Han took five tests in total, all negative. But Harbin health authorities later confirmed she had been infected with the COVID-19.