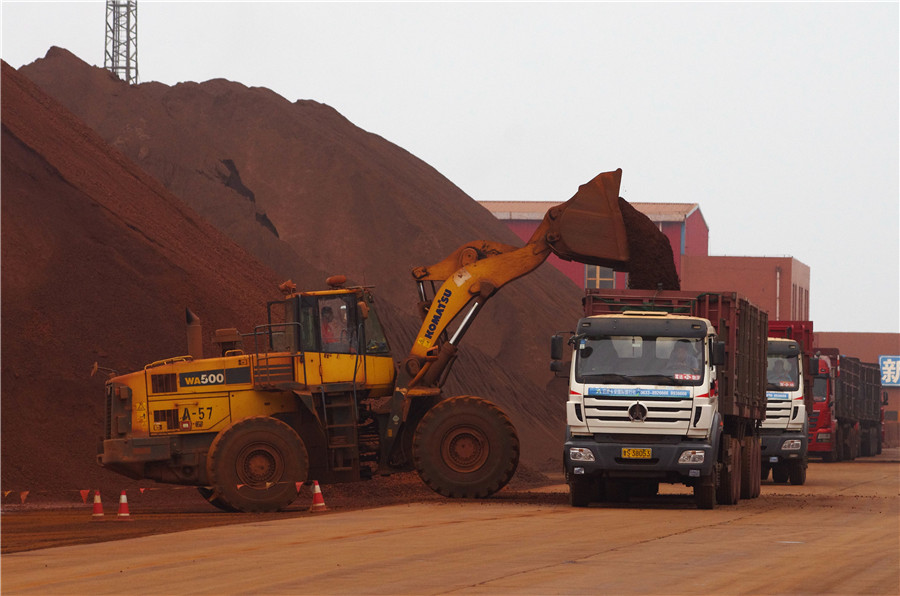 Domestic iron ore miners are unlikely to ramp up production to fill the supply gap after the bursting of Vale's dam last month in Brazil, due to strict environmental regulations and high production costs, said industry insiders.

Iron ore prices have been pushed up amid market concerns over a global supply shortage after the deadly dam burst put as much as 70 million metric tons of annual supply at risk.

While some experts have forecast that the price of iron ore will be boosted as the global iron ore market is in the grip of a supply shock and higher prices could spur extra output from Chinese mines, Zhu Yi, a Hong Kong-based senior analyst of metals and mining at Bloomberg Intelligence, said she believes the chances for Chinese steel mills to pass on the cost pressure to downstream users are limited as downstream demand is lackluster.

"Therefore, mills may consume more low-quality iron ore to save costs, benefiting Vale's peers, such as lower-grade producer Fortescue, and going forward may also boost sales for other Australian miners."

Her view was echoed by Vivek Dhar of Commonwealth Bank, who said that Vale's competitors including Rio Tinto, BHP Group and Fortescue Metals Group might benefit if Vale's shipments come down.

China's steel mills don't have the margins to pay for elevated iron ore prices for too long, he said.

He believed Vale would be able to bring back nearly all of its lost production from other operations by early 2020 and restore prices to pre-disaster levels.

Vale maintained its guidance for 2018 of about 390 million tons of iron ore and about 400 million tons in 2019, while Goldman Sachs Group Inc estimated Vale's output would contract by between 10 million and 15 million tons this year as the miner would be able to offset some of the losses.

While Citigroup Inc and Commonwealth Bank of Australia flagged the prospects for a near-term surge to $100 with less high-quality iron ore from Vale, Li Chuangxin, deputy head of China Iron and Steel Association, believed that the impact on the Chinese market would be limited.

China currently has a surplus of the raw material with high holdings at ports amid slow seasonal steel demand, according to the China Iron and Steel Association in an analysis on its website.

China is rich in iron ore, but the quality is low and the production costs are high. Therefore, Chinese steel mills rely on imported iron ore, said Zhu.

She believed Vale would work hard to make up the output loss, however, it may take time for additional production to come up, and the iron ore price will be volatile in the short term due to the uncertainty.

"Vale's production and prices are likely to be restored by early next year and other iron ore mines will make up for the short supply if prices remain high," she said.

China is Vale's biggest market, with 197 million tons of iron ore and pellets exported to China out of its total production of 343 million tons in 2017.