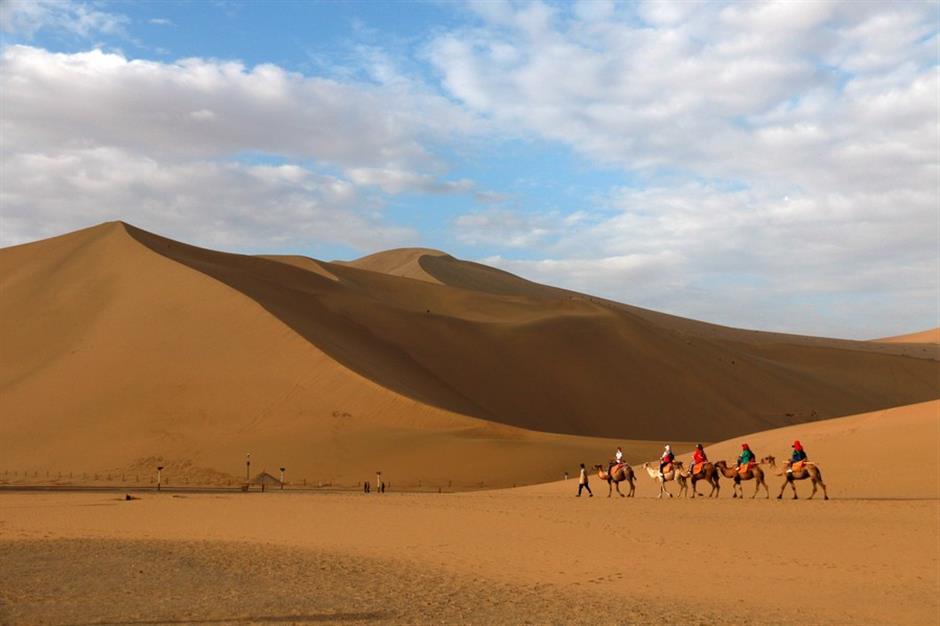 Golden populus euphratica forest, red gritstone landforms, the thrill of horse-riding....Yang Zeliang and his friends savored them all during the eight-day Golden Week holiday.

"I did not expect that there would be so many people," Yang said.

With COVID-19 prevention measures in place, Chinese people enjoyed the National Day holiday that began on October 1. The traditional week-long holiday coincided with the Mid-Autumn Festival this year, stretching to eight days.

China's remote northwestern region has gained traction as a travel destination during the holiday. Gansu recorded around 15.95 million tourist visits from October 1 to 8, generating total tourism revenue of 9.26 billion yuan (US$1.38 billion), data from the local culture and tourism department showed.

Meanwhile, tourism revenue nationwide hit 466.56 billion yuan, 69.9 percent of that in the same period in 2019, according to the ministry.

The tourist city of Dunhuang in Gansu, known for Mogao Grottoes, which is a UNESCO world heritage site, received 400,000 tourists during the holiday, raking in tourism revenue of 430 million yuan, up 15 percent year on year. 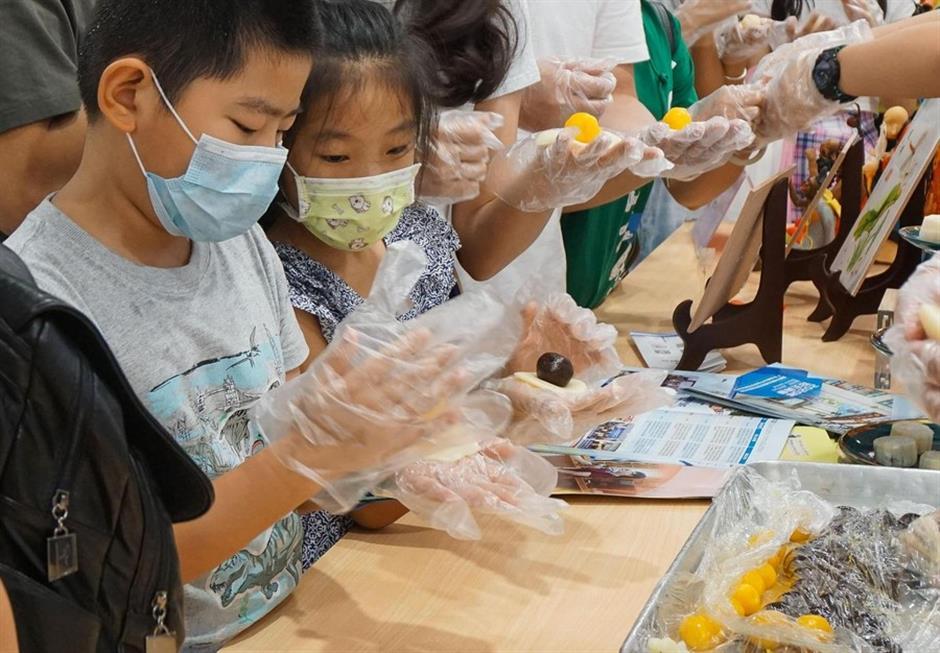 The Beijing Road pedestrian street in the southern city of Guangzhou wore a new outlook following two years of refurbishment and attracted over 4 million visitors during the holiday. It registered a sales turnover of more than 600 million yuan, up 160 percent year on year.

"Tourism boom gives us hope to come out of the cold winter of the epidemic," said Zhai Su, general manager of Hunan Zhangjiajie Tianmenshan Tourism Co Ltd. "It signals the recovery of the coronavirus-hit tourism industry and more."

Daily passenger trips in China including travel by rail, air, road and water transport reached 62.12 million during the holiday, the Ministry of Transport said.

Disinfection, body temperature measurement and health code checks were among a raft of epidemic prevention and control measures at airports, railway stations and tourist sites.

"Coronavirus prevention and control measures during the trip ensured comfort and safety. While relishing the beautiful sights, we felt that the progress we had made in the battle against COVID-19 should be better cherished," said holidaymaker Li Ling who traveled to Zhangjiajie from Beijing.

This year's Golden Week is the first long holiday after authorities lifted most of the domestic travel restrictions amid effective control of the COVID-19 epidemic, and it is widely seen as a barometer of China's consumption vitality and growth potential.

From October 1 to October 8, sales at key retail and catering firms monitored by the Ministry of Commerce totaled 1.6 trillion yuan, with daily average sales climbing 4.9 percent compared with the National Day holiday last year, data from the ministry showed.

The southern province of Hainan raked in 1.04 billion yuan in duty-free sales during the holiday, up 148.7 percent year on year, according to Haikou Customs.

In southwest China's Sichuan Province, 133 major catering firms saw revenue grow by 43 percent from October 1 to 8 year on year, while in Guangzhou, the total catering sector turnover from October 1 to 7 hit around 5 billion yuan.

As a pivotal part of the "dual circulation" development pattern, which encourages domestic and overseas markets to reinforce each other, floated by China's top leadership in May, the country's enormous market and expanding domestic demand during the holiday have gathered strong momentum to further spur the economy.

The rise in consumer demand shows a robust recovery in China's consumer market and indicates that the market has strong innovation potential and vitality, said Wang Wei, director of the Institute of Market Economy under the Development Research Center of the State Council.

This will lend huge momentum to the robust recovery and long-term growth of the Chinese economy, Wang added.