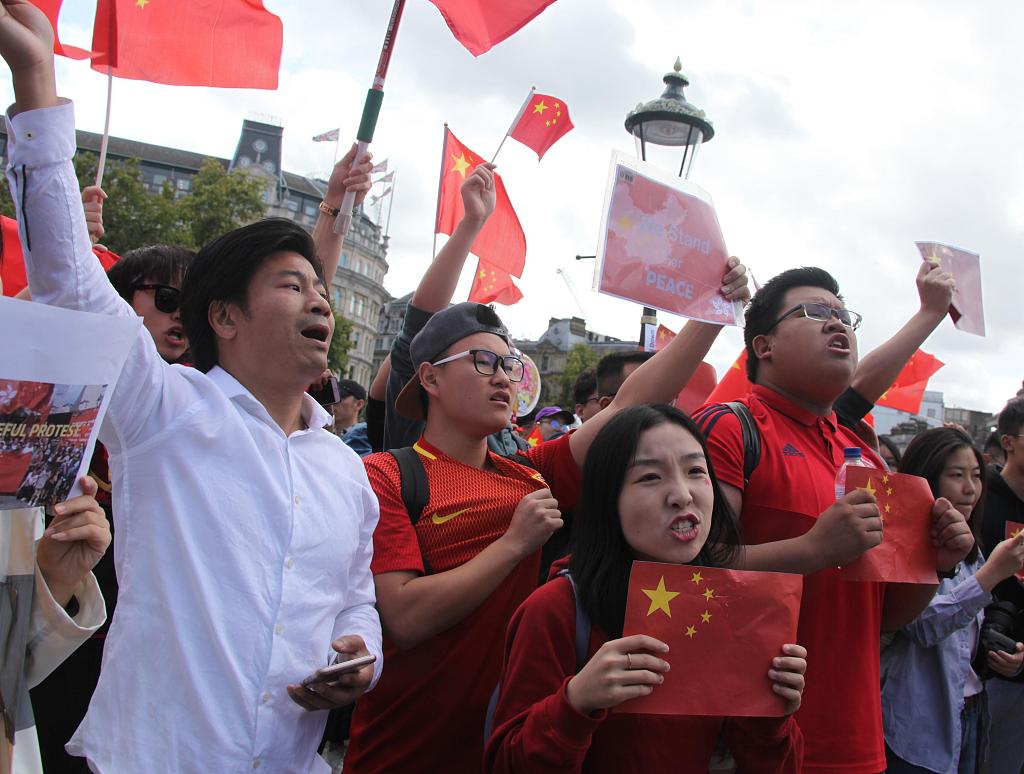 HONG KONG, Aug. 29 (Xinhua) -- Multiple videos of a boy leading protestors in shouting slogans on the streets of Hong Kong have become a cliche of protest publicity. Having a frenzied crowd follow a child's innocent voice may be quite a spectacle. But the question is: Did the boy really understand what he was doing?

The nefarious forces behind the prolonged protests in Hong Kong have been inciting teenagers, students and even children to charge onto the streets for their agenda. Among the suspects arrested for violent activities since June, many were young faces. One was only 12 years old.

As the new semester draws near on Sept. 1, organizers are openly calling for students to go on school strikes. Pamphlets urging students to walk out of class are everywhere.

Young people are the future of Hong Kong. Their voice carries weight and must be heard. Political schemers, however, have shamelessly misguided some young people's goodwill and passion into their divisive ideological movement, fanning violence, hatred and distrust that prevent any real solution.

Inciters know breaking the law has consequences. Yet they encourage the young people to go to the streets, block roads, vandalize public facilities, fight the police and even get arrested. They glorify violent acts and let the young believe that they are sacrificing themselves for something great.

There are many ways to love Hong Kong. Resorting to violence is not one of them.

With time and experience, young people will learn different perspectives and may see the agitators for who they really are. How sad it would be for them to come to regret one day the impulsive things they have done and having ruined their own future for someone else' political agenda.

Yet protest organizers do not care about young people's future. They put teenagers on the front to bear the brunt and take all the risks, while they themselves hide, conspire and agitate from behind. To them, teenagers and children are but a gear in the machine for building a movement toward their agenda.

Those who exploit the trust and passion of the young are despicable cowards. They must not be allowed to ruin the childhood and future of Hong Kong's next generation.