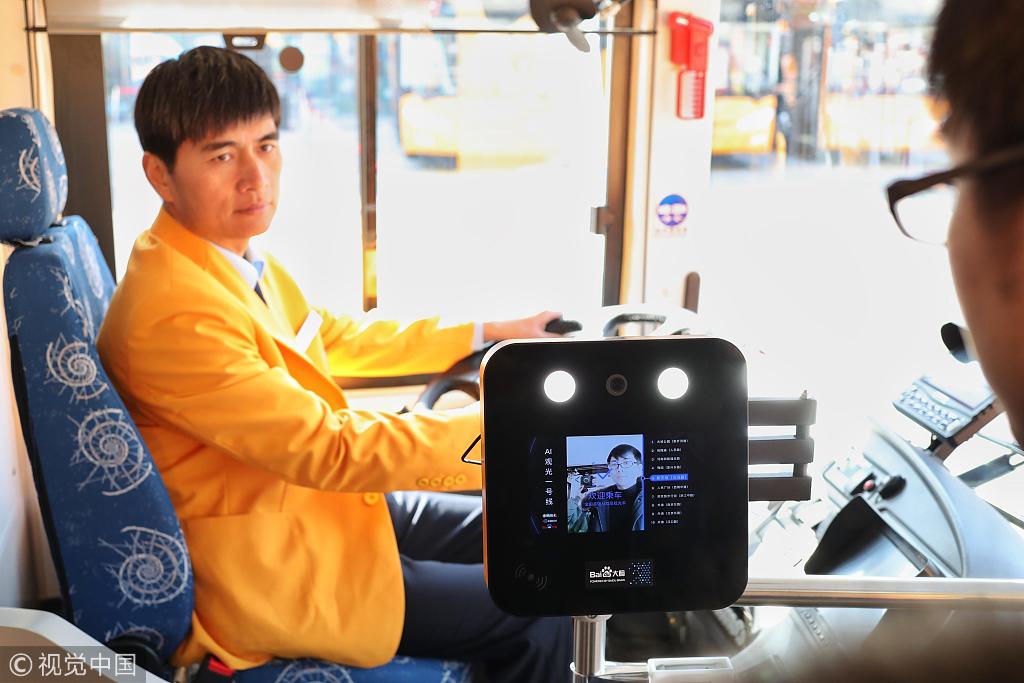 A tourist gets on the bus through facial recognition in Shanghai, December 18, 2018. (Photo: VCG)

Tourists are allowed to get on the bus through facial recognition -- no tickets required. Meanwhile, the wireless translators on the bus are able to provide diverse services for tourists, including translation, answering questions and audio guides.

So far, there are two tour routes, covering the most famous and classic travel destinations in Shanghai.

The buses will start official operation from January 2019. A fleet of 10 tour buses will be initially put into use and another 10 buses will join the fleet later next year.

Baidu and Shanghai inked a strategic cooperative framework in November to promote the construction of Shanghai as a smart city.