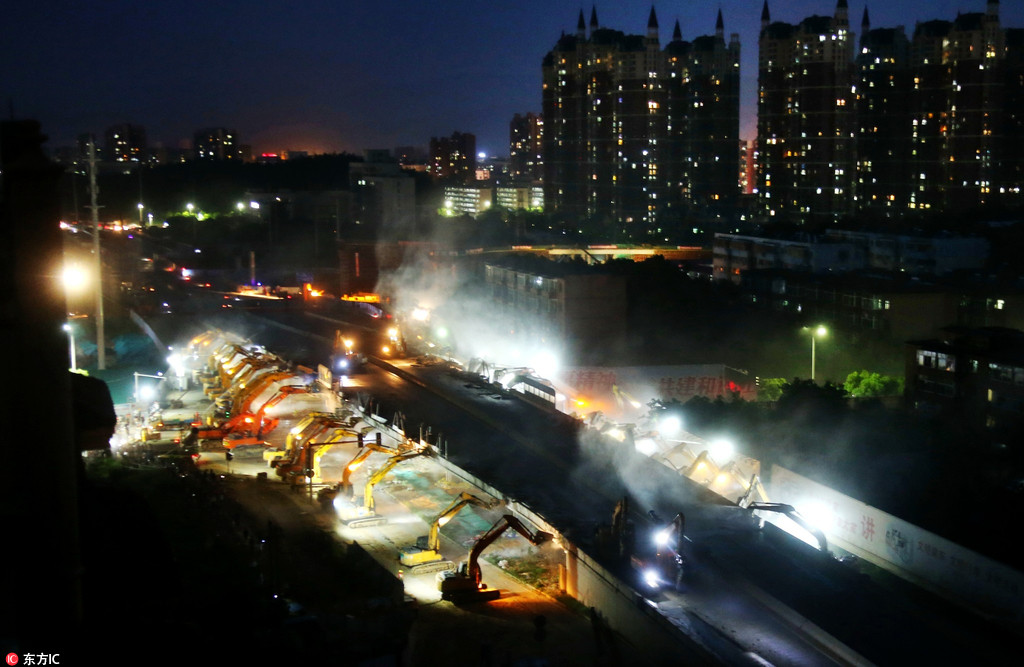 Last night, about 100 excavators lined up in two rows and, with an almost balletic coordination, promptly dismantled a 258-meter bridge in Nanchang, East China’s Jiangxi Province. The grand sight looks like a baguette being nibbled by army ants from an aerial view. (Photos: IC) 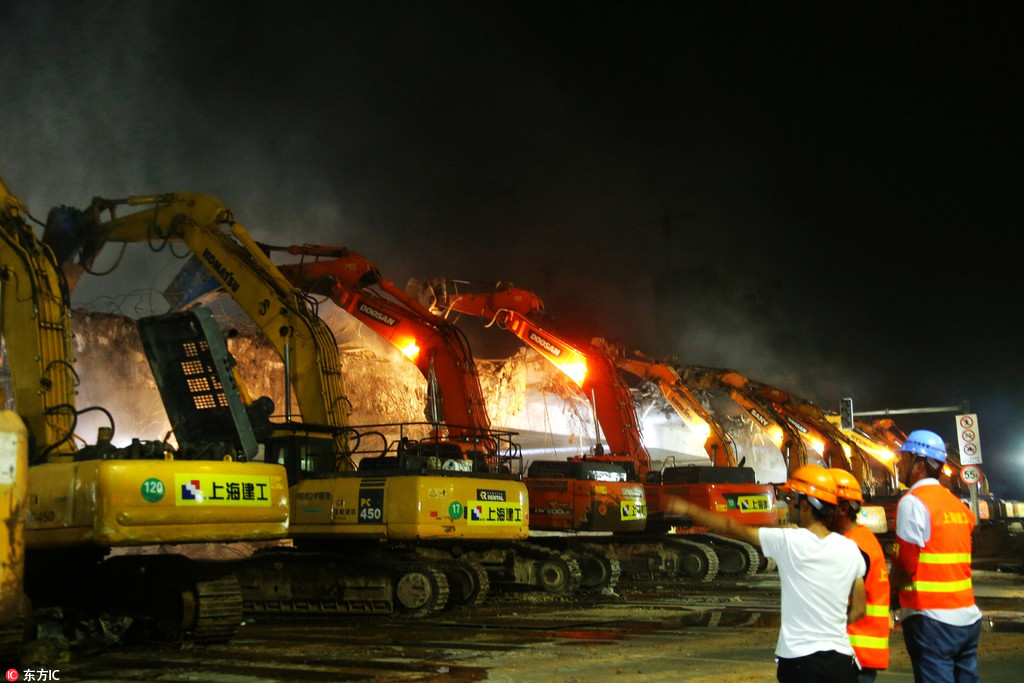 Starting at 7:30 pm, the project was divided into two steps and is scheduled to be completed within 50 hours by adopting mechanical demolition and crushing techniques to guarantee success. 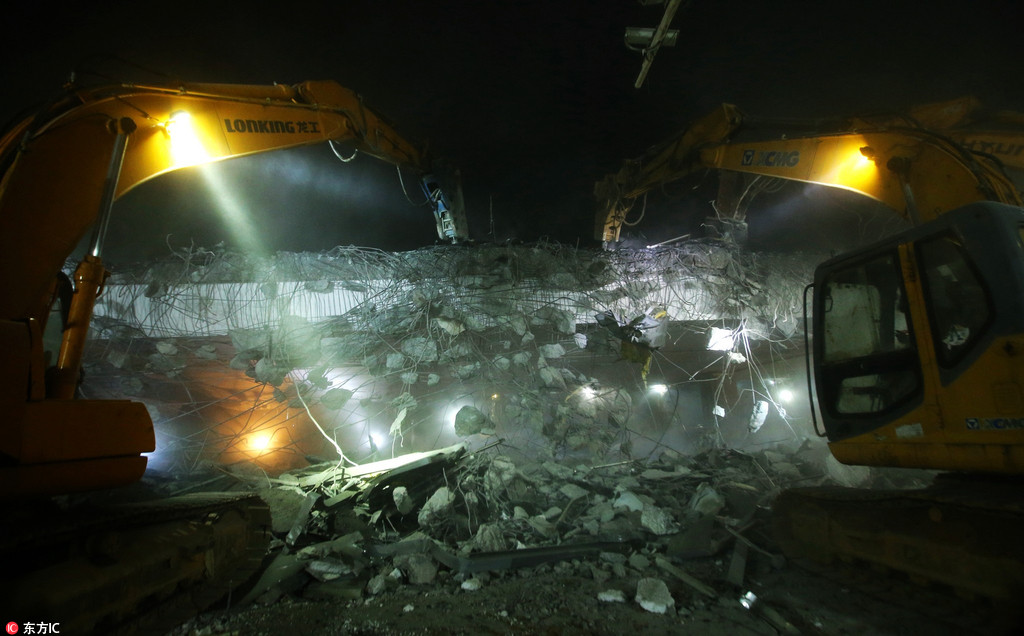 This is the second bridge that has been torn down by the local government since June 30, 2017. With car ownership on the rise, the 20-year-old two-lane overpass could no longer sustain the amount of traffic travelling on it. 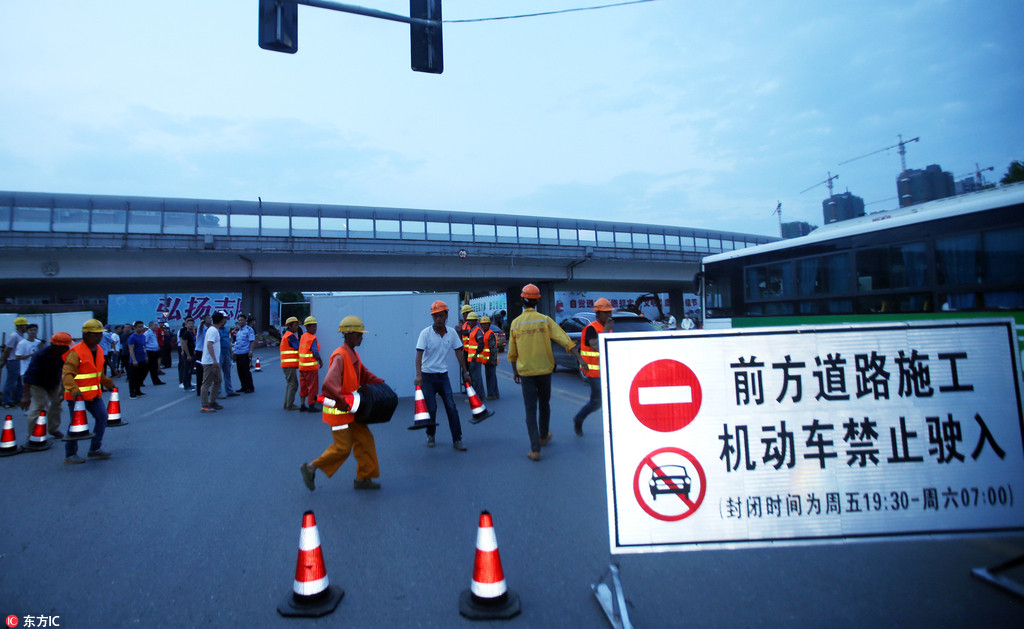 The demolition of the bridge clears a path for the Chang-Jiu highway project, which connects Nanchang, the south of Jiangxi Province and Jiujiang in the north. According to local officials, the project is of great significance and is planned to be finished by 2019. 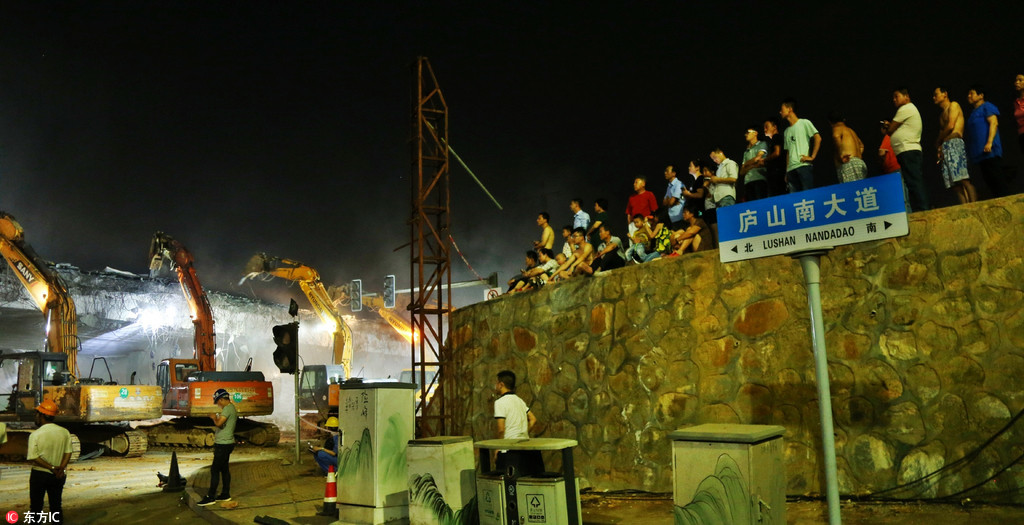 Onlookers at the scene