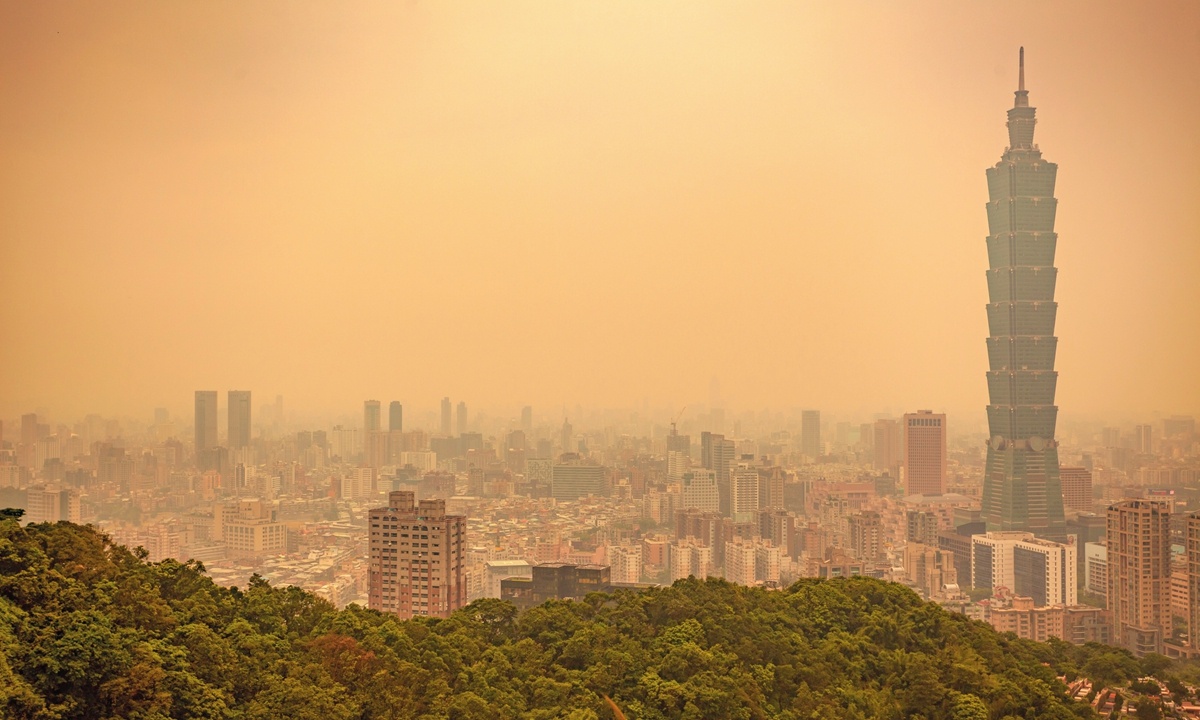 Residents in Jinmen, whose fresh water is supplied by the mainland, are not affected by the recent drought, contrary to the residents on the Taiwan island. The contrast should teach Democratic Progressive Party (DPP), who is facing mounting public discontent, to understand that stirring up hatred against the mainland will not help it solve real problems.

Despite rich rainfall, Taiwan has long been plagued by water shortage for topographical reasons. The recent drought was predictable given the lower-than-average precipitation in second half of 2020. However, the DPP authorities didn't seem to have taken effective prevention measures, not to mention long-term plans to address the problem.

Many reservoirs in middle and southern parts of the island only hold 10 to 20 percent of their storage capacity for dry seasons. The water shortage has resulted in suspension of irrigation at the cost of farmers' income. A tech park in Hsinchu had to dig wells to guarantee water supply for its semiconductor industry, according to media reports.

Taiwan's environmental information center reported in mid-March the water shortage in Taichung reached 86,000 tons a day and could reach 220,000 tons a day.

In contrast, Jinmen residents are not suffering water shortages because their fresh water is supplied by Jinjiang, in East China's Fujian Province, since August, 2018. The province has so far supplied 12.2 million tons of water to Jinmen in the past years and raised daily the supply from 14,000 to 17,100 tons amid the drought.

Observers suggested the contrast should give DPP an idea that hyping up anti-mainland sentiments would not help it solve real governance problems or fool the residents to ignore their livelihood.

Sheng Jiuyuan, director of the Taiwan Research Center at the Shanghai Academy of Social Sciences, told the Global Times on Wednesday that the fact that the old problem of water shortage has not been solved shows the incompetence of Taiwan regional authorities.

"The water shortage in Jinmen was even more serious because it has no rivers. But their problem has been solved through communication and cooperation with the mainland," Sheng said.

The DPP administration does not really care about the wellbeing of the Taiwan people, Sheng pointed out.

DPP authorities attributed the water shortage to abnormal weather and decreased rainfall but Taiwan residents doubted the explanation, criticizing the government for failing to renovate the old, leaking water supply system, failing to recycle water and failing to build and maintain an effective water conservancy system.

On March 7, Taiwan officials resorted to a local Taoist temple to hold a ceremony to pray for rain. Amid public discontent for holding useless activities instead of solving the real problem, local officials explained they used the traditional ceremony to remind people to cherish water.

Sheng noted that DPP authorities ignore the goodwill from the mainland, continuously undermine cross-Straits relations and seek political interests at the expense of the livelihood of Taiwan residents.

If Taiwan regional authorities wanted the mainland's help in addressing many problems, they should stop poisoning cross-Straits relations, observers said.