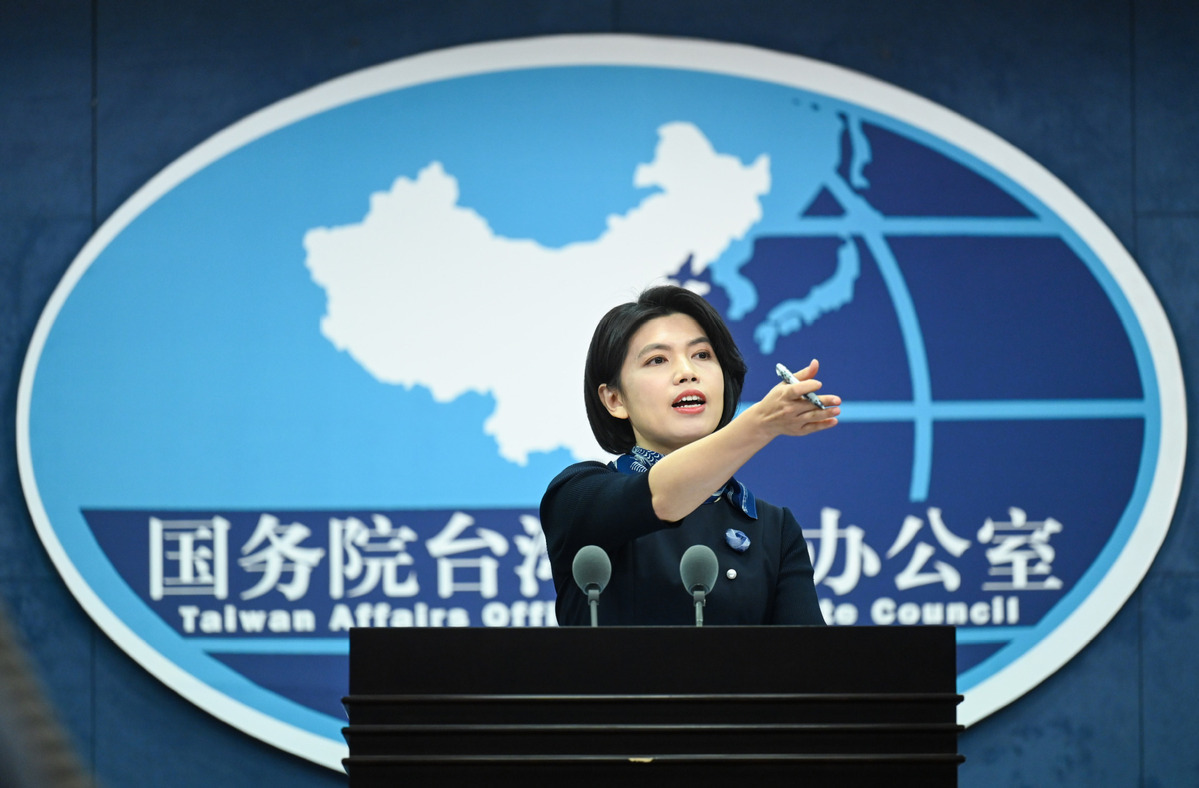 A mainland spokeswoman on Thursday condemned remarks made by the Democratic Progressive Party, the ruling party on Taiwan, over the decision to improve Hong Kong's electoral system adopted by China's top legislature.

The decision on improving the Hong Kong Special Administrative Region's electoral system was passed by the 13th National People's Congress at the closing of its fourth session on Thursday.

Zhu Fenglian, a spokeswoman for the State Council Taiwan Affairs Office, said the decision reflects the full implementation of the "patriots governing Hong Kong" principle and will ensure the steady implementation of "one country, two systems".

It's necessary for safeguarding China's sovereignty, security and development interests as well as Hong Kong's long-term prosperity and stability, she said.

She condemned the DPP authorities after the party said the decision was a destruction to the democracy in Hong Kong.

"The DPP used so-called 'democracy' and 'freedom' to deceive public opinion and made malicious attack on the mainland, which once again exposed its sinister intentions of manipulating Hong Kong affairs and seeking independence," she said.

Zhu warned the DPP authorities there is no way for them to seek "independence" and any attempt to destabilize Hong Kong would not succeed.

"Their accumulated crimes will definitely be severely punished," she added.