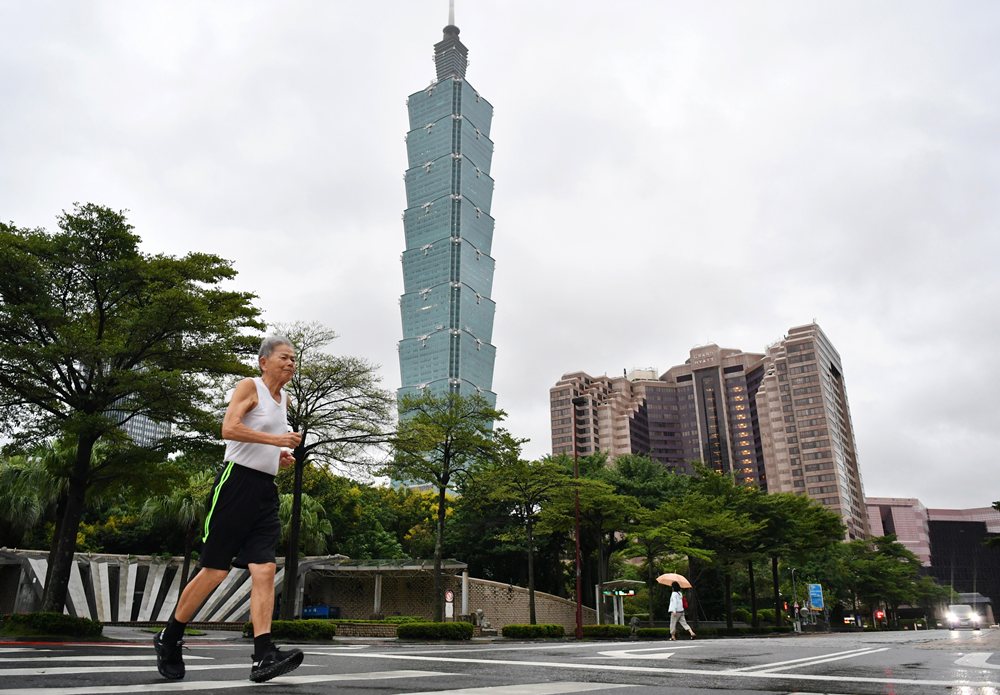 A citizen runs in front of the Taipei 101 skyscraper in Taipei, southeast China's Taiwan, on Oct. 1, 2019. (File photo: Xinhua)

Zhu said she believes Taiwan compatriots will not let the DPP authority and "Taiwan independence" separatists succeed in their schemes.