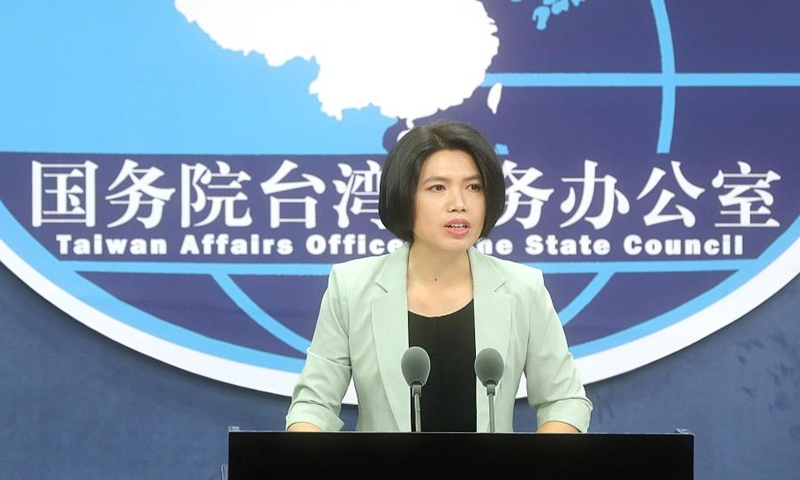 The Taiwan Affairs Office of the State Council has blasted the Democratic Progressive Party authority and pro-secessionist media on the island of Taiwan for creating and spreading rumors that the Chinese mainland was making businessmen from Taiwan in the mainland take "semi-forced" COVID-19 vaccination.

"It should be emphasized that vaccination in the mainland is carried out entirely on the premise of voluntary application and informed consent. The so-called 'semi-forced' inoculation claim made by some politicians and media outlets in the island is totally malicious and disinformation," Zhu Fenglian, spokesperson of the office, said in a press briefing on Wednesday.

The vaccination project against COVID-19 is being carried out in an orderly manner across the mainland, and proper arrangements will be made for all eligible people, including Taiwan compatriots, said Zhu, noting that each Taiwan compatriot will fill out an informed consent form to express their personal wishes before vaccination.

"Many Taiwan compatriots interviewed expressed confidence in the mainland's vaccine and are willing to receive it as soon as possible," Zhu said.

More than 1.9 million people in key groups have received the first shot of the COVID-19 vaccine since January 1 in Beijing.

The Taiwan affairs office of the Beijing municipal government is coordinating with the city's association of Taiwan-funded enterprises to arrange for the vaccination of Taiwan businessmen who are eligible for the voluntary vaccination in Beijing, Zhu said.

As of January 20, at least 15 million doses have been administered since December 15 last year, when the Chinese mainland officially launched its inoculation campaign among key groups of people. More than 40 countries have made requests for Chinese vaccines, and some have already approved their emergency use, she said.

"All this has fully proven the safety of the vaccine developed by the mainland," Zhu said.