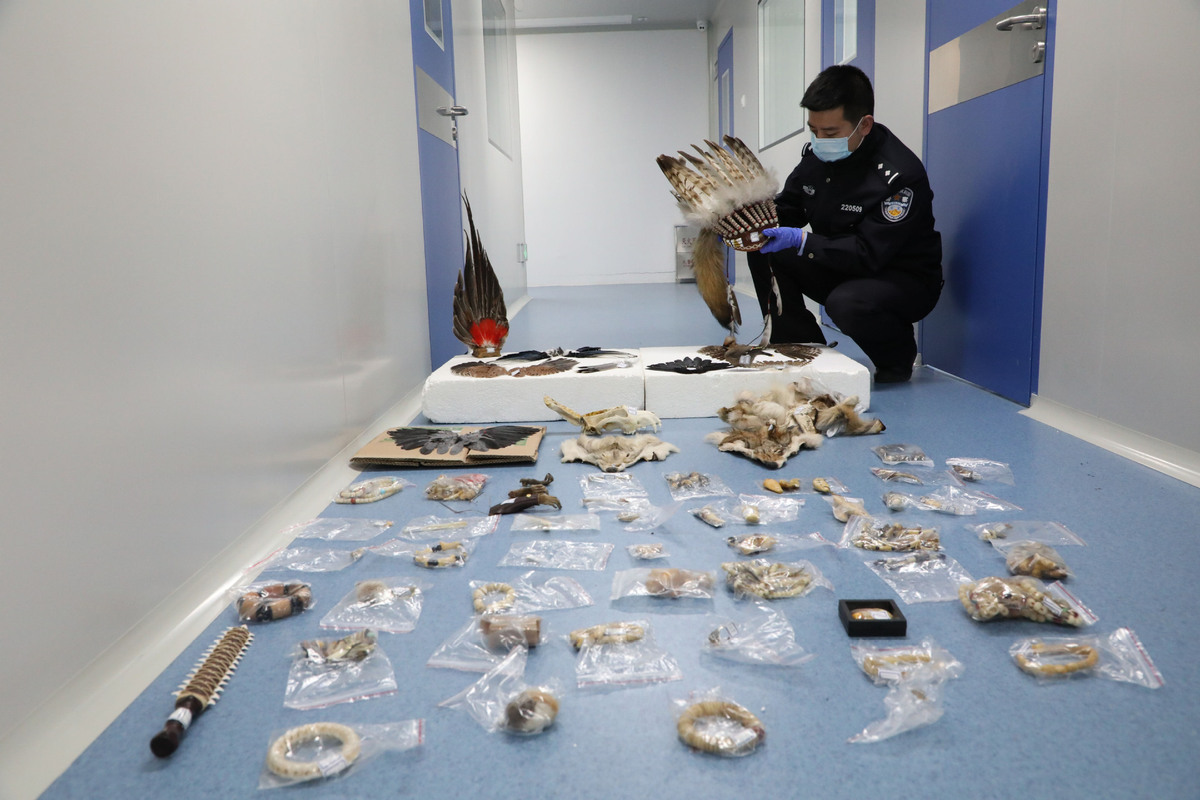 A bill aiming to improve animal epidemic control and public health in China was submitted to the top legislature for review on Sunday.

China will take a more aggressive approach to gradual elimination of major diseases threatening animal husbandry and public health instead of focusing on narrower measures, according to the draft revisions to the animal epidemic prevention law.

Utilizing wild animals for special purposes other than meat, such as scientific research, drug development and exhibition, would be subject to strict approval procedures, inspection and quarantine measures, according to the draft submitted to the National People's Congress Standing Committee.

More efforts will be made to strengthen prevention at the grassroots level, the bill said.

A revised law is needed as quickly as possible due to severe challenges facing animal epidemic prevention in China. The revision is being discussed amid the novel coronavirus pandemic, believed to be associated with wild animals.

After the outbreak started, the NPC Standing Committee issued a notice in February on measures to be taken against the illegal trade and consumption of wild animals to prevent public health risks.

Feng Shuzhang, a researcher in animal infectious diseases at Jilin University, in Changchun, Jilin province, said adopting a more aggressive approach, such as slaughtering all raised animals suspected of having serious diseases, is an international trend.

"For diseases that cannot be prevented by vaccines, slaughtering animals is an effective way to eliminate diseases, but it should be carried out gradually considering the economic costs," he said.

Wild animals bred for meat, such as turkeys and ostriches, are allowed to be traded, but they also should be subject to strict quarantine and inspection measures, he said.