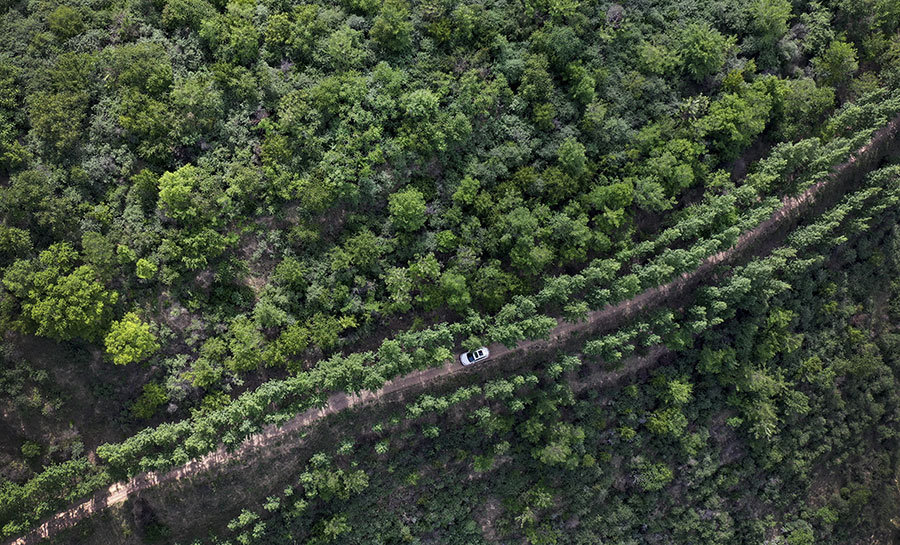 Trees cover a hillside in Wuqi, Shaanxi province, the first county involved in the Conversion of Cropland to Forest and Grassland Program, in June. (Photo: Xinhua)

Lawmakers on Tuesday began the second review of the draft revision at the bimonthly session of the Standing Committee of the National People's Congress, which started Monday.

People's governments above the county level should incorporate the protection of forest resources and the development of forestry into their economic and social development plans, according to the new draft.

The draft revision modified provisions on the management of public welfare forests, which refer to forests planted with investment mainly from the government for the environment and ecological balance.

The use of such forests for tourism or other purposes should be preceded by scientific assessment and must strictly abide by relevant regulations of the country, according to the draft.

Provisions were added regarding construction on forest land, stipulating that forestry authorities of governments above the county level should carry out afforestation to make up for the forest areas occupied by construction to ensure that the forest coverage does not drop.