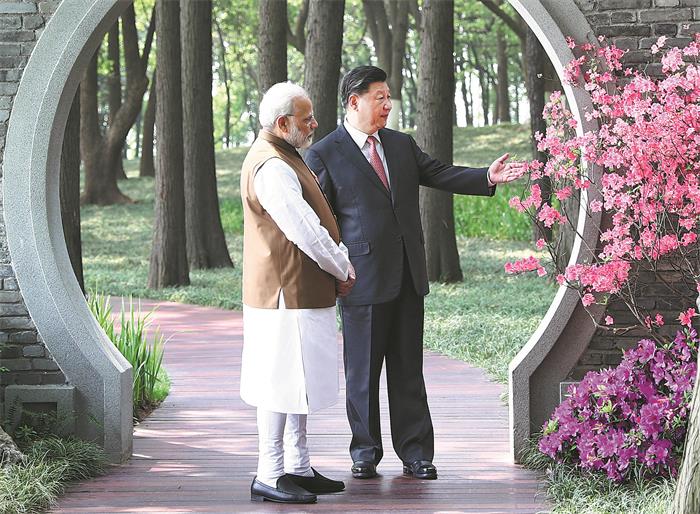 NEW DELHI, April 4 (Xinhua) -- Chinese Ambassador to India Luo Zhaohui released an article in Indian media entitled Dragon-Elephant Tango Creating the Asian Century Thursday on the occasion of the 69th anniversary of the establishment of diplomatic relations between China and India.

Although China-India relations have experienced ups and downs, friendly cooperation has always been the general trend and the mainstream, Luo stressed in the article carried by The Indian Express.

In his view, China-India relations can be divided into four phases since the establishment of diplomatic ties on April 1, 1950.

The first phase was the "honeymoon period" immediately after the establishment of diplomatic relations.

In the second phase, after the conflict in 1962, China-India relations fell into a "frozen period."

The third phase, from the 1990s to the 17th National Congress of the Communist Party of China (CPC), was the "recovery period" of China-India relations.

The fourth phase, from the CPC's 18th National Congress in 2012 until the present, is the "acceleration period" of China-India relations. 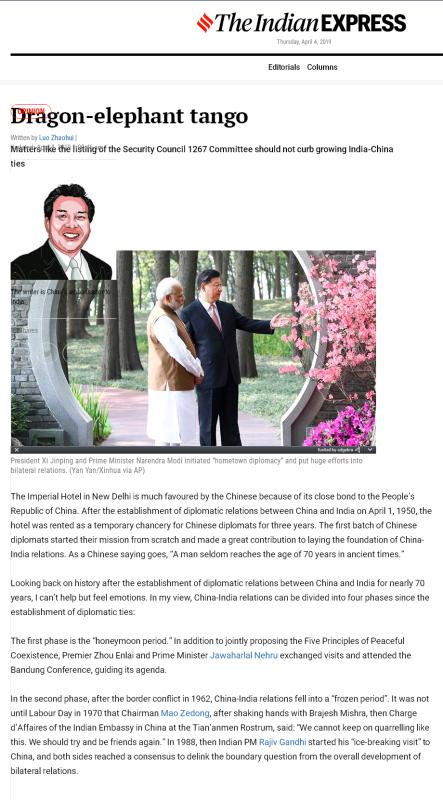 China-India relations have upgraded and entered the fast track of development, becoming a highlight of China's neighborhood diplomacy, said the Chinese envoy. "This represents a successful practice of Xi Jinping's Thought on Diplomacy."

The current sound momentum of development has not come by easily and should be cherished, he said.

The two countries will celebrate the 70th anniversary of the establishment of diplomatic relations in 2020.

The ambassador expressed his belief that as two ancient civilizations, China and India have the ability and wisdom to find path for major emerging and neighboring countries to get along with each other, join hands to realize "Dragon-Elephant Tango", create the Asian century and achieve greater glory in the next 70 years.