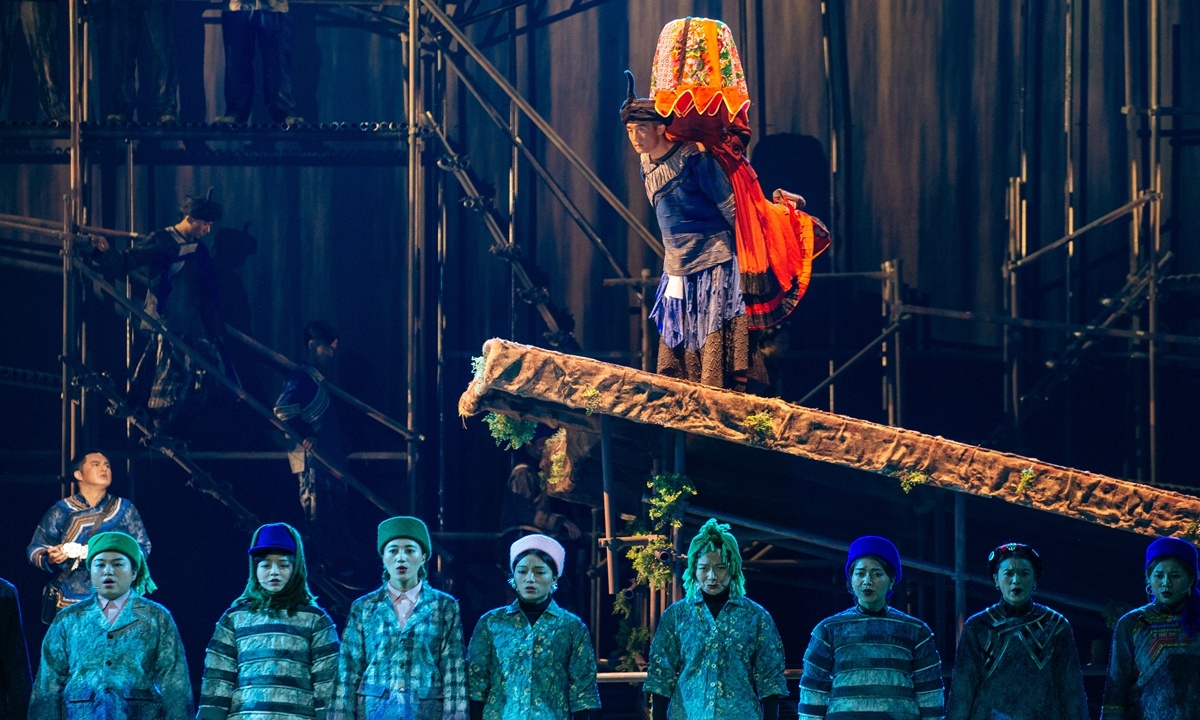 Life is not easy for anyone, but this is especially true for people living in remote and mountainous areas. The villagers living in Atulie'er village, a "cliff village" perched on a ridge like the seat of a chair with near-vertical cliffs both above and below it, once had to scale handmade ladders to carry their children or anything else they needed to return their homes up on an 800-meter cliff.

A 2,556-step steel staircase has now replaced the dangerous ladders of the past, bringing great change to the village in the Liangshan Yi Autonomous Prefecture, Southwest China's Sichuan Province.

The story of their cliffside lifestyle and how a government campaign helped lift them out of poverty has become the source of inspiration for a new opera staged by local Yi ethnic performers on Saturday.

"Change is at the center of this opera," Li Ting, the scriptwriter of Hear Suoma, told the Global Times on Saturday.

"What the past was like and what the future will be; how the older generation viewed these changes... this is what I hope to allow audiences to understand, to awaken the Yi people."

According to Li, suoma is originally the name in the Yi language of the rhododendron flowers commonly seen on the hill, but later turned to represent all beautiful things. 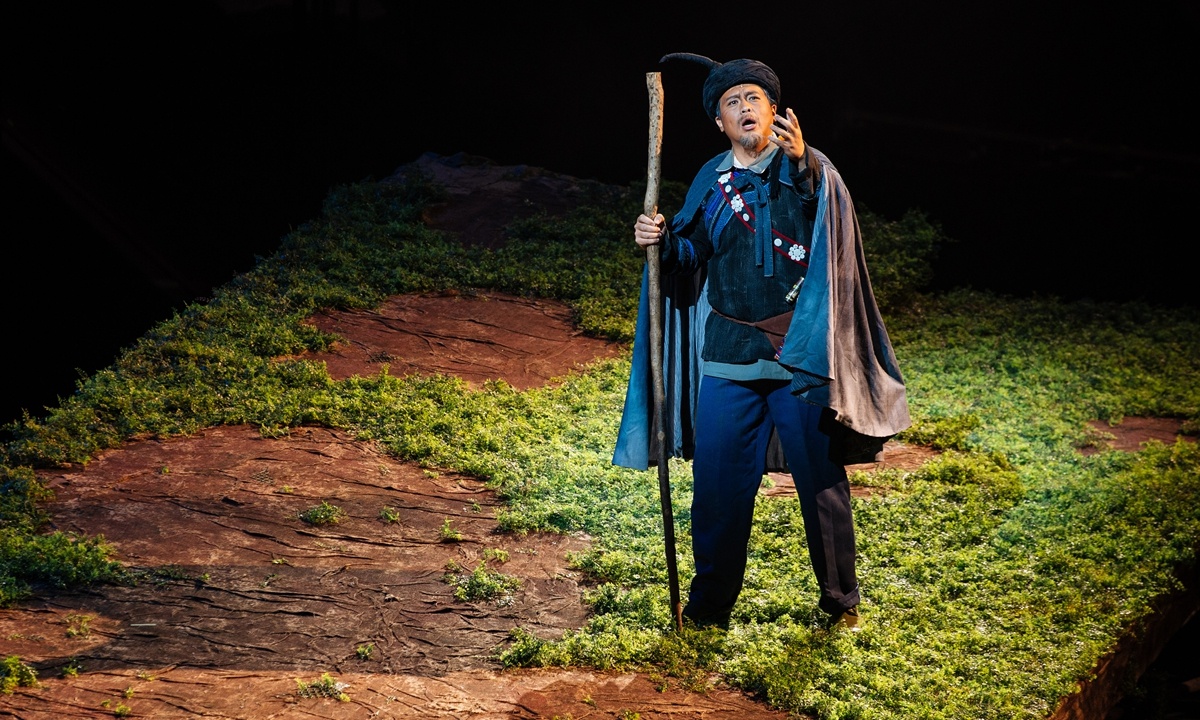 After the village first made headlines in 2016, life there began improving considerably as steel staircases, a 4G network and banking service points for agricultural production were introduced.

In the opera, 86-year-old Wuda refuses to leave the home where he has spent most of his days to move to a nearby town with better living conditions. The story unfolds as the village's young party chief hopes to convince the village elderly to make the move.

"For the elderly, no matter if they live on a hilltop or cliff, since they grew up there, they still look upon their home fondly despite how difficult life is. However, for young Yi people, they hope to walk out of the mountains to see what the outside world looks like," the drama's director Wu Xiaojiang told the Global Times, noting that the conflicting perspectives between the young and the old reflect the changes that the poverty alleviation campaign brought to them.

For Li, the key question of the whole opera centers on why the village elderly chooses to return to his home on the cliff?

"He is waiting for his daughter, who left home and got married outside the village decades ago due to the village's harsh conditions and level of poverty. He wants to show her what they have accomplished and that 'we are not poor anymore,'" she said.

Creating music that would be the right fit for the opera also posed a challenge.

"[Western] opera is an imported art form. How can we use and adapt it for our own ethnic themes was a question for us," said Liu Dangqing, the opera's composer.

"But Yi music is one of the most characteristic among ethnic groups. Its strong power is fitting for such an opera."

The opera mixes the natural chanting of local performers with modern singing techniques. Additionally, rap songs in the Yi language bring a fresh feeling to the show in addition to acting as a supplement to push forward the drama's narrative.

Stage design is another impressive aspect of the opera as the crew has built a 4-meter-high staircase made from more than 100 steel pipes.

"They are symbols, not just for Atulie'er but also China's overall poverty alleviation efforts," said visual designer Ren Dongsheng, who sees the opera also as "a road trip movie."

"Moving" was the keyword for Ren while working on the stage design, which was inspired by a trip to the village.

"Seeing the stairs was so impressive. Villagers need to climb to the very top while carrying so many things. With that image in my mind, I broke up the visual frame of stage with the stairs and a moving 'mountain platform,'" he told the Global Times.