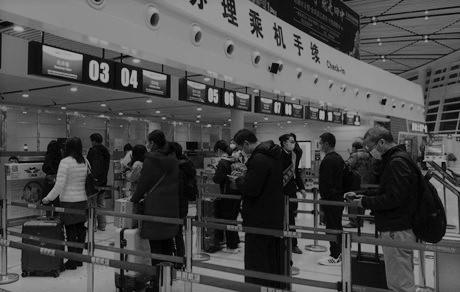 A driver in Northeast China's Liaoning Province who was responsible for transporting international arrivals from airport to quarantine hotel had contracted the coronavirus. He was found to have eaten a meal in the car after driving a passenger who later tested positive.

The Liaoning Daily reported on Friday that the driver was infected by a passenger from abroad who later tested positive for the virus.

The driver surnamed Liu, male, 42, is a Dalian-based driver of a company that transports international arrivals between the airport and quarantine hotels.

On March 27, Liu drove a passenger surnamed Xie who entered the city of Dalian from abroad to a quarantine hotel. Xie was later confirmed as an imported case, the third such case in the city.

An epidemiological investigation was conducted, with Liu telling investigators that he carefully protected himself and disinfected the car in accordance with epidemic prevention and control requirements during and after transporting Xie.

However, local police officers found that Liu had failed to strictly protect himself after transporting Xie, including eating a meal in the car.

From March 29 to 31, Liu made several trips to transport passengers from abroad to quarantine hotels. When not at work, he stayed at home.

The vehicle Liu drove was equipped with an isolation and protective film between the driver's seat and the back seat. During transportation, he wore protective clothing and a mask.

Liu tested positive for the novel coronavirus on Thursday.

Following an epidemiological investigation, 26 close contacts have been tracked down and quarantined at a centralized medical observation center.

On Friday, China reported two new local cases that were confirmed to have been infected by imported cases from abroad.

The other one was a 38-year-old woman in Guangdong Province who had close contact with an imported case from Nigeria.