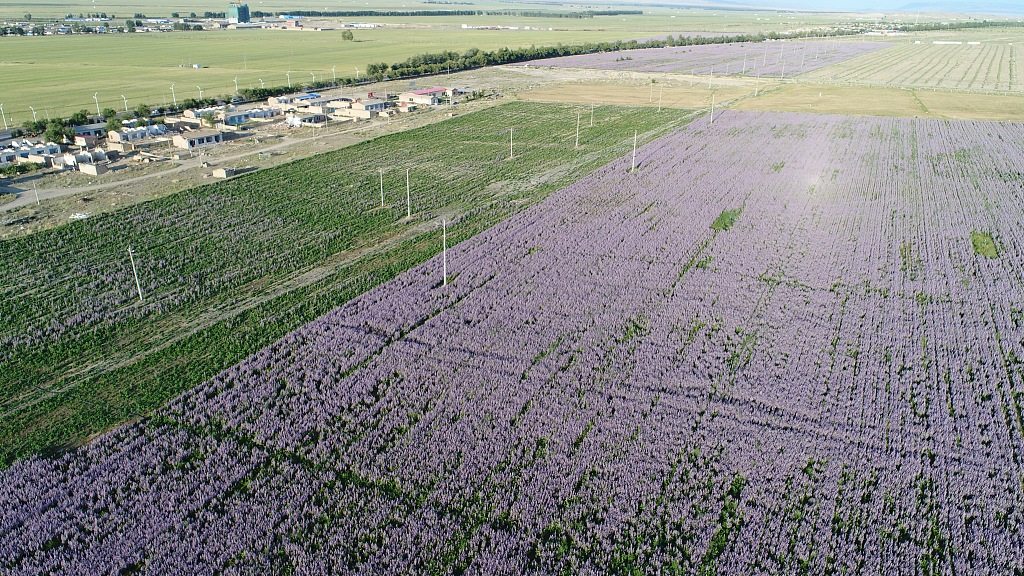 Jiang Liqing is not an office slacker, but an experienced tractor driver at Xinhu Farm in Xinjiang Uygur Autonomous Region.

Unlike city roads, the wide croplands of Xinjiang have no white or yellow lines to keep tractor drivers in check. To keep a straight path, Jiang once spent up to 40 minutes marking out an 800-meter-long field before starting.

Self-driving tractors only need two marks and Jiang does them on a motorbike in five minutes. With a few taps on the control screen, the tractor eases into motion while Jiang sits back in the cabin, checking his phone.

From northwestern Xinjiang to Jiansanjiang, a major grain growing base in northeastern Heilongjiang Province, to an automated farm in Xinghua, eastern Jiangsu Province, China is exploring precision agriculture, a new way of farming that might one day lead to no farmers.

As more people move to the cities, getting skilled labor is a major challenge in agriculture. The Global Harvest Initiative in the United States estimated that from 2005 to 2019, the agriculture workforce fell by 58 million people or 11 percent.

Meanwhile, severe weather caused by climate change is expected to affect crop yields. How to feed the growing population with fewer workers while adapting to changing weather? Precision agriculture is emerging as the answer.

In Xinjiang, for instance, the best time for spring planting usually lasts 10 days. An experienced tractor driver can plough, fertilize and sow about 133 hectares in this time. With a self-driving tractor, that goes up to about 200 hectares.

Using BDS, the self-driving system developed by Unistrong is accurate to within 2.5 cm, raising the ground utilization rate by 3 percent. "It sounds small, but for large farms in Xinjiang, it adds up to a lot," said Nan Shunxian, general manager of the Precision Agriculture Center at Unistrong.

Sensors and drones generate and collect data like soil moisture, pests and weeds. The high-speed connectivity of 5G enables farm machines to communicate with each other and operate in real-time, so operators can respond to emergencies quickly.

Shen said self-driving tractors and combines still need people to supervise. In the next stage, a drone will first make a detailed survey of the fields. Then an operator can plan and adjust paths, and even manage multiple tractors running at the same time around the clock.

With all that data, farmers in the future will need less expertise and experience, said Shen. They will be operators and managers. All the work will be automated with the best plans designed by artificial intelligence.

Last June, self-driving machines completed the largest farm automation trial in China so far with a rice crop on a farm in Xinghua.

The Telematics Industry Application Alliance (TIAA) was a major organizer of the trial. Pang Chunlin, secretary-general of the group, said one of the major goals this year is to achieve 24-hour operations on the Xinghua farm.

TIAA and its partners will launch another two trials in Heilongjiang and Chongqing, in order to get more experience of automated farming on different terrain and soil types.

In the last harvest season, the trial in Xinghua had its first setback. The soil was seriously compacted after several rainy days, which made it difficult for the self-driving tractors to move. "The tractors just stubbornly tried harder and several engines broke down," said Pang.

Such frustration is normal on the road to automation, he said. China needs to explore automated farming in steps. The trial drew wide support from local governments, tractor makers and research institutions, and it is expected to wrap up successfully in 2025.