CHINA Drone crashes increase with control measures to be improved

Drone crashes increase with control measures to be improved

The rise in crashes reignited public concerns over unregulated drone flying as tourists flocked into public parks for the flower bloom.

In recent weeks, over 100 drones have reportedly crashed in Yuantouzhu park, one of best places to watch cherry blossoms in Wuxi, East China’s Jiangsu Province. The park service said it has received no report of damages or injuries yet. About 20 percent of fallen drones vanished into the lake, according to an estimate made by local drone hobbyists. 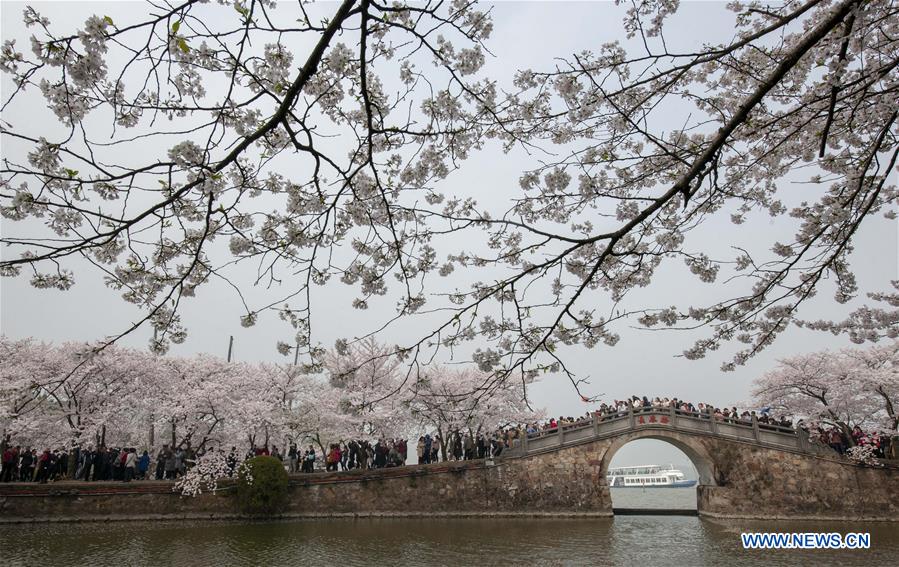 The electrodes of drones lithium-ion batteries contain heavy metals such as cobalt, manganese and nickel, and the electrolytes and solvents contain a large amount of toxic and harmful substances, which will affect the water quality of Taihu Lake, said a tourist with a background in chemistry.

Drone crashes are generally caused by tourists from other cities who are not familiar with the terrain of Wuxi and attracted by the beautiful cherry blossoms.

Drones are controlled through radio communications, with each channel holding up to 8 drones under normal circumstances. Too many drones flying in the same area can easily cause interference, leading to uncontrolled crashes.

A large number of tourists now carry pocket drones into the scenic area and drone crashes happen very frequently, according to the staff of Yuantouzhu Scenic Area, but the scenic area has no jurisdiction over the airspace and no law enforcement powers, making the issue of drone control a hard nut to crack.

A few scenic spots in China have implemented control measures for drones. For example, Huangshan City in Central China’s Anhui Province has introduced local legislation to ban “low, slow and small” aircraft in Mount Huangshan, and those which require work should report seven working days in advance.