Drone leads lost traveler out of desert in northwest China 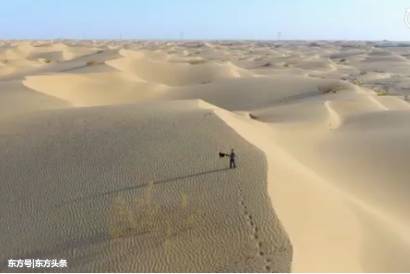 The drone caught the moment when the man lost in Taklimakan desert waved his jacket to the sky. (Photo provided by police bureau at Qiemo county, Xinjiang Uygur Autonomous Region)

For the first time a drone saved a middle-aged man who was lost in Taklimakan desert in northwest China's Xinjiang Uygur Autonomous Region, Beijing Youth Daily reported on Oct. 10.

After more than one hour’s search, local police found the location of the lost man through the drone, and the lost person, who was just two kilometers away, was finally lead out of danger under the guide of the electric device. 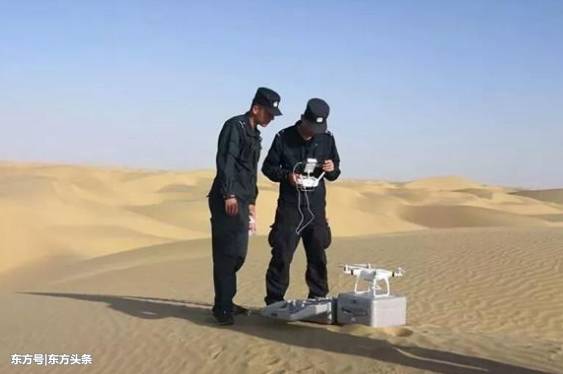 The man in his thirties went to the Qiemo county in south Xinjiang on Oct. 7, the last day of China’s National Day holidays, for self-driving tour with friends.

At about two o’clock in the afternoon, he accidently entered into the Taklimakan desert halfway after being attracted by the roadside scenery, and then lost the direction in the vast desert. One hour later, his fellows called the police as the man hadn’t come back to the car. 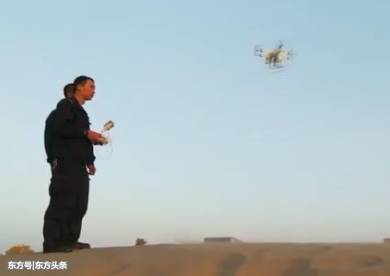 Owing to the time difference, the three o’clock p.m. at Qiemo county marks the strongest solar radiation. It’s quite dangerous and pressuring if someone gets lost in the desert area, especially those without food, water or much outdoor experience, said a local police officer surnamed Ren who suggested visitors thinking twice before entering the desert.

It’s known that there were a few visitors getting lost in Qiemo, while some even lost their lives in desert. And it’s still hard to search when the lost person is out of the drone’s flying range or sandstorms strike the area.