CHINA Drones and robots among high-tech measures cleaning up Yangtze

Drones and robots among high-tech measures cleaning up Yangtze 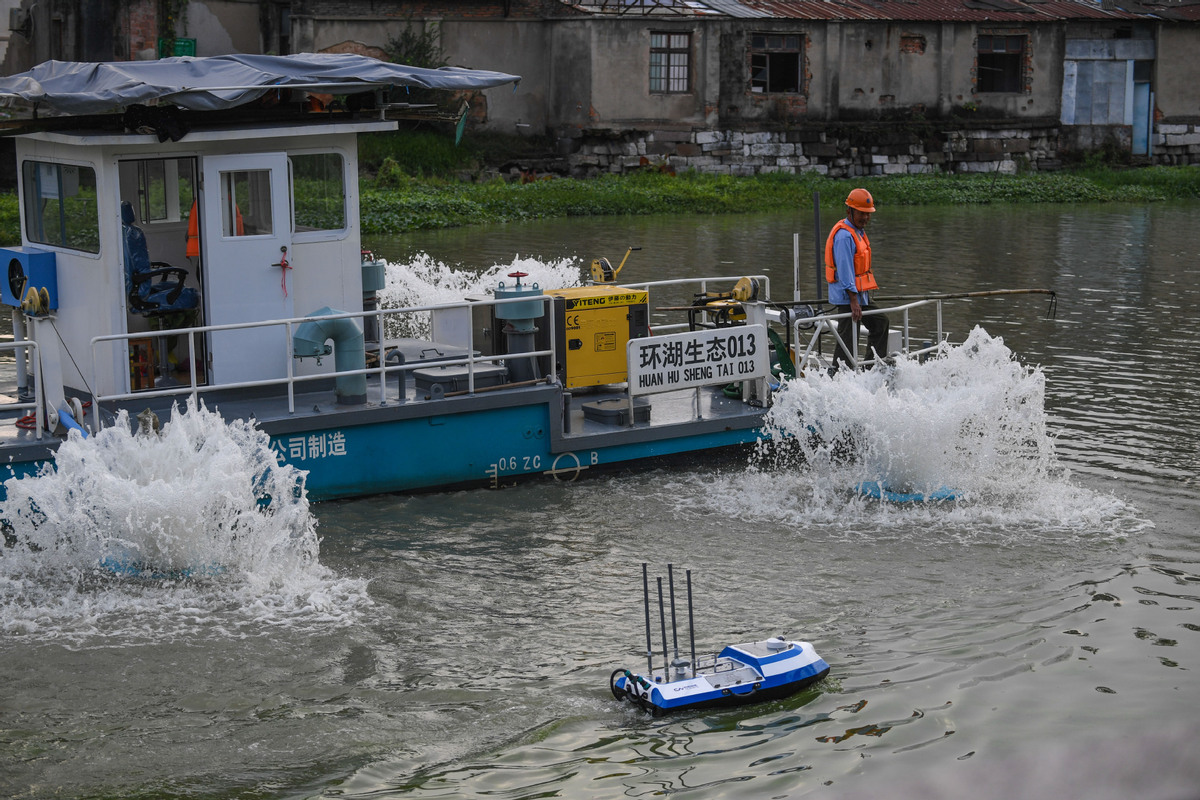 An unmanned craft floats on a river in Huzhou, Zhejiang province, to collect data on water conditions in October. (Photo: Xinhua)

BEIJING－High-tech methods such as unmanned crafts and diving robots have dramatically improved water quality in a downstream city on the Yangtze River.

Zhu Jiaxin, who is a water quality control officer in Taizhou, Jiangsu province, said environmental inspectors previously relied on simple methods to monitor a 97.8 kilometer stretch of the Yangtze.

They used boats to collect water samples and were not able to enter deep and swift-flowing sections of the waterway, he said.

However, thanks to embracing new technologies over the past 12 months, the inspectors can now collect data through unmanned crafts, which send back the information every 20 to 30 seconds using radio waves.

If the data sent from the unmanned crafts shows abnormal water conditions along the Yangtze, Zhu dispatches unmanned robots to dive to a maximum depth of 10 meters to detect whether there is underwater sewage discharge.

The improvement in the water quality of the Taizhou section of the river was the highest in Jiangsu from last January to November. Rare Yangtze finless porpoises can now be seen breaching the water.

Each of the 43 camera can monitor distances up to 3 km. Information from the videos is then analyzed using intelligent algorithms and inspectors are notified if there are any abnormal conditions.

When there are ships passing water source areas, the inspectors also get alerts from the cameras and inform the maritime department to urge the ships to make a detour.

The real-time monitoring data is hundreds of times larger than that generated from traditional methods.

Sewage discharge information is accessible on smartphones by scanning QR codes displayed on 1,006 signs across the city. The measures have helped Taizhou officials screen, monitor and trace water pollution at 1,054 river outlets. 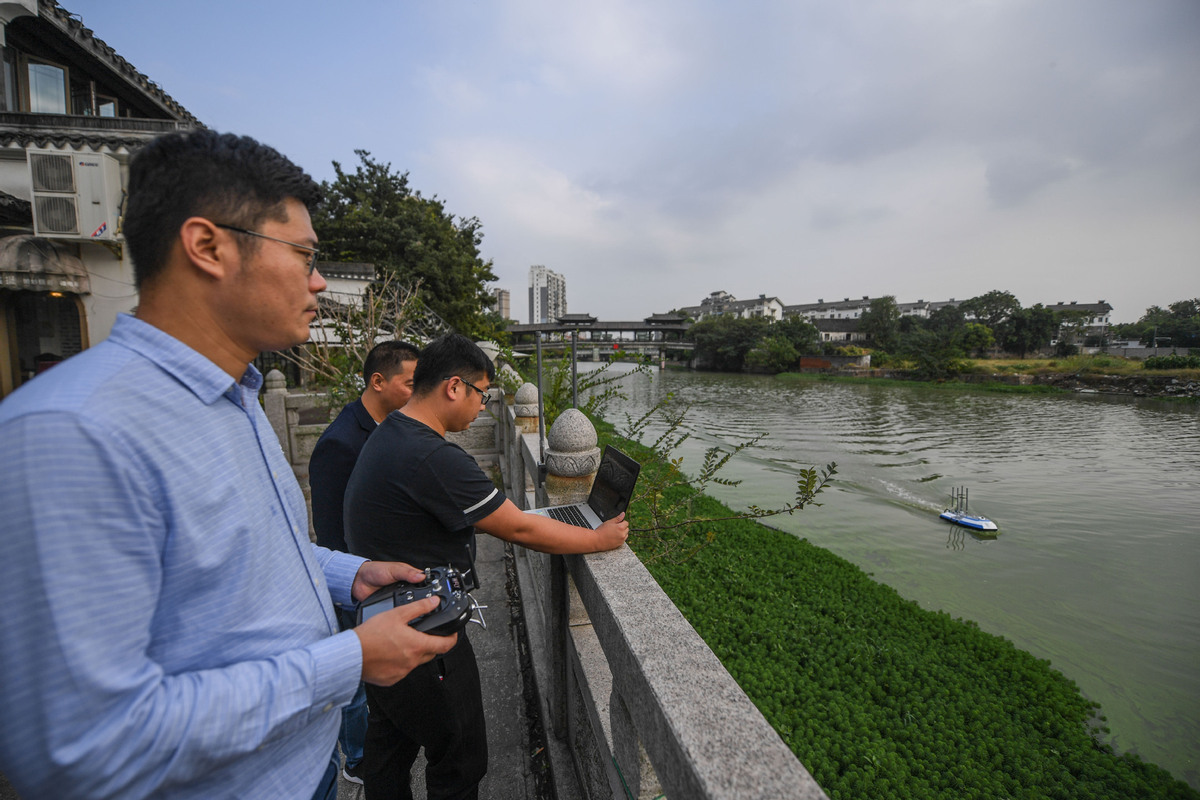 Workers tele-control an unmanned craft on a river in Huzhou, in October. (Photo: Xinhua)

Besides the Taizhou section, the 6,300-km-long Yangtze is protected by many other high-tech methods and pollution-control measures.

In April, a guideline was released on improving sewage treatment to promote green development in the Yangtze River Economic Belt.

In June, Chongqing began using liquefied natural gas ships for transportation. The ships, with a length of 110 meters, width of 19.2 meters and weight of 7,000 metric tons, are expected to help in the green development of the Yangtze.

Provinces and municipalities along the Yangtze have helped promote the use of LNG ships. Jiangsu has built almost 100 LNG ships, while Huzhou in Zhejiang province has set up 273 facilities for the vessels.

The Yangtze, with a 1.8 million-square-km basin, boasts a rich and complex terrain and has one of the highest levels of biodiversity in the world.

Since 2016, protecting the environment of the Yangtze, rather than large-scale development, has become the focus of river development plans.

National environmental management organs and governments along the waterway should take measures to prevent water pollution and supervise river resources, according to the Yangtze River conservation law.