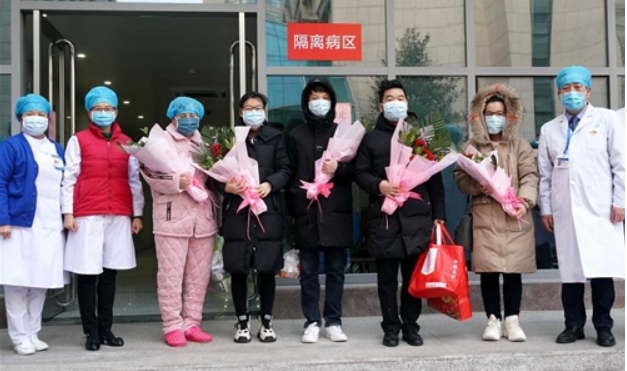 Positive signs that have emerged lately from the ongoing novel coronavirus outbreak have prompted some public health experts to predict that the inflection point for the epidemic may be seen in the near future after new suspected cases fell for a second straight day.

China's National Health Commission on Wednesday said that 3,971 new suspected cases were confirmed as of Tuesday midnight in the mainland, with 1,957 in the epicenter of the outbreak, Central China's Hubei Province. There were 5,072 more cases on Monday (3,182 in Hubei) and 5,173 on Sunday (3,260 in Hubei).

The sharp drop on Tuesday is seen as a signal that strict control measures have gradually yielded positive results, Zhou Zijun, a public health expert at Peking University, told the Global Times on Wednesday.

"If new suspected cases continue to fall in the next few days, the inflection point [for the nationwide coronavirus epidemic] is expected in the near future," Zhou noted.

The drop is mainly due to improved detection capability, which allowed suspected cases to be confirmed or excluded in shorter time frames, Song Shuli, the spokesperson of China's National Health Commission said at a press conference on Wednesday.

It allowed the confirmed patients to be treated in a timely manner, while the excluded cases can return to their normal life, Song said.

Support from across the country, including personnel and medical supplies, has helped contain the spread of the virus, Zhou said, citing Huoshenshan Hospital as an example.

The 1,000-bed hospital was completed in 10 days and received the first group of patients on Tuesday.

Zhou also noted improved public awareness and reduced outdoor activity contributed to the drop of new suspected cases. "The public should stay alert but do not need to panic"

Hua Chunying, spokesperson of China's Ministry of Foreign Affairs said at a press conference on Wednesday that it is hoped that the inflection point will come soon when addressing the drop of new suspected cases.

Based on current data, the mortality rate of the novel coronavirus is 2.1 percent nationwide, much lower than that of SARS.