CHINA Dropout to Michelin stars: The rise of chef Chan in Taiwan

Dropout to Michelin stars: The rise of chef Chan in Taiwan 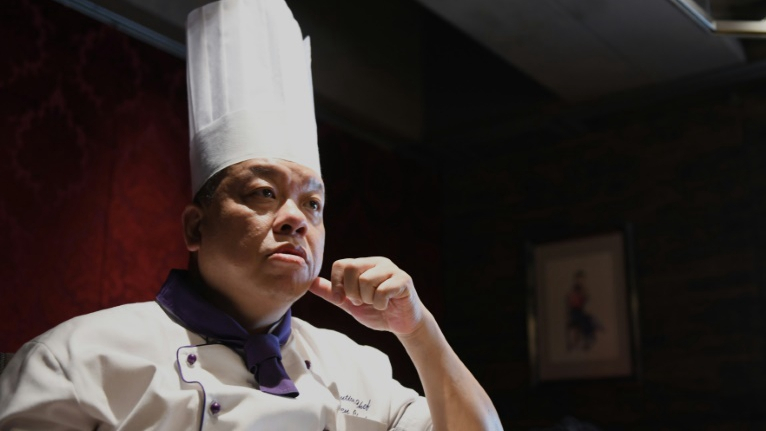 Ken Chan has come a long way since he started out wheeling a trolley in a dim sum restaurant, becoming the first chef in his adopted home of Taiwan to win three Michelin stars.

Hong Kong-born Chan, 53, worked through tough apprenticeships back home before rising through the ranks on Taiwan's culinary scene over the past three decades to become executive chef at luxury five-star hotel restaurant Le Palais in Taipei.

Serving mainly Cantonese cuisine as well as Sichuan, Fuzhou and Taiwanese dishes, Le Palais became the first and only restaurant in Taiwan to receive three stars when Michelin launched its Taipei guide earlier this year, describing the food as "truly outstanding".

Chan's menu is relatively affordable compared with three-star restaurants in the rest of the world, with dishes ranging from steamed prawn dumplings and baked barbecue pork buns, priced from 250 Taiwanese dollars (8 US dollars), to an eight-course set including lobster salad, bird's nest soup, braised abalone with goose foot and steamed tiger grouper at 6,980 Taiwanese dollars.

Taiwan's most-recognised chef, Andre Chiang, famously gave up the two Michelin stars attached to his eponymous Restaurant Andre in Singapore, closing it in February to focus on other projects, including his Taipei restaurant RAW. 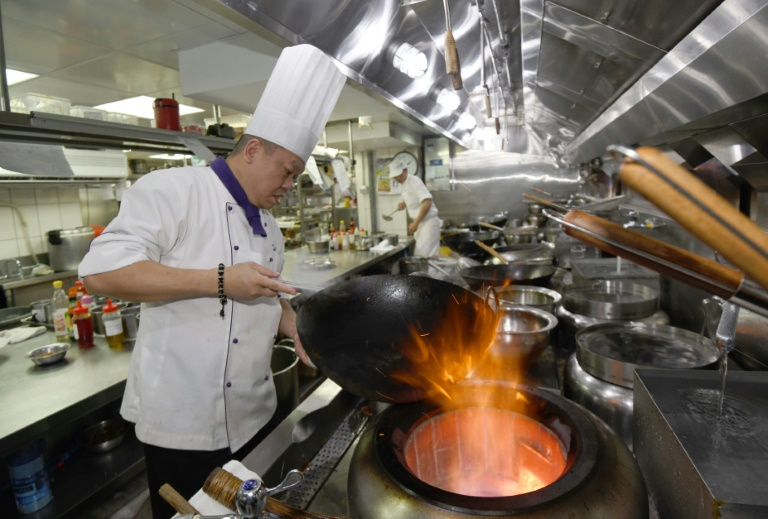 Ken Chan worked through tough apprenticeships in Hong Kong before rising through the ranks on Taiwan's culinary scene over the past three decades. (Photo: AFP)

But Chan says he believes receiving the stars will boost the island's burgeoning foodie credentials.

"It inspires everybody to aim higher and higher," he told AFP.

Chan attributes his accolade to "luck", but it is also testament to perseverance.

After dropping out of school in Hong Kong aged 12, Chan began working in a restaurant in the city, pushing a dim sum trolley around the tables from which customers would choose dishes.

He already had a love of cooking passed down from his mother and remembers how she would give him two Hong Kong dollars to buy ingredients in the market to feed the family, as she was working full-time to make ends meet.

Having to carefully think how to spend the money to create the best meal has influenced his approach in the kitchen now, says Chan.

"I told my staff 'You shouldn't just aim to finish the job but should do it well, as if you were cooking for your parents,'" he said.