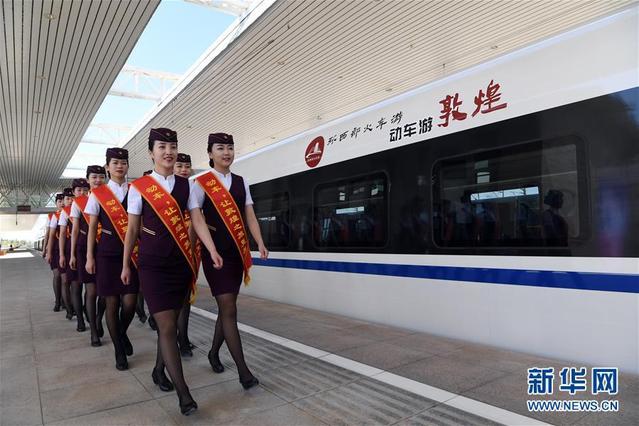 The 671-km route is an important connecting line between the Qinghai-Tibet Railway and the Lanzhou-Xinjiang Railway. It allows trains to run at 120 km per hour, said the company.

Construction of the newly opened Subei-Mahai section, with a total length of 173 km and six new stations, began in April 2013.

The Dunhuang railway will intersect with existing railways, including the Lanzhou-Qinghai Railway, Qinghai-Tibet Railway and Lanzhou-Xinjiang Railway, to form the first circular railway network in the northwestern region.

The network will shorten the travel distance between Xinjiang and Tibet by 1,100 km and the time by almost 10 hours.

The new railroad is of great importance to the railway network in western China and will play a big role in promoting the Belt and Road Initiative, the company said.