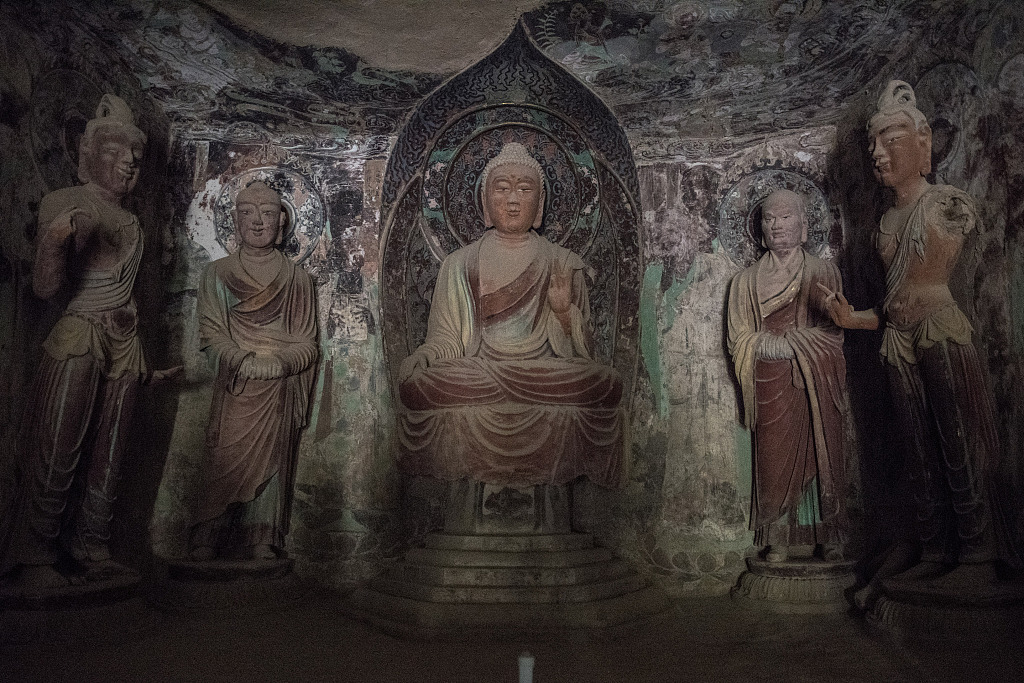 The picture taken on May 3, 2016 shows a Buddha statue surrounded by disciples dating from Tang Dynasty in a Mogao cave. (Photo: VCG)

The manuscripts, made from jute paper, date back to the Tang Dynasty (618-907) and were included in the list of China's archival document heritage in 2010. Most of them have words written on both sides of the paper, according to Zhang Shizhong, director of the Dunhuang municipal archives.

Restoration of the manuscripts started last October as their condition has deteriorated over the years, such as becoming brittle, mildewed or damaged.

"To better preserve the heritage, the Dunhuang municipal archives is making copies of the manuscripts to replace the original ones for future displays," Zhang said. "We have also digitalized the manuscripts and will exhibit the digitalized versions in the future."

More than 60,000 pieces of manuscripts were discovered in the Mogao Grottoes in northwest China's Gansu Province in 1900. Over 10,000 pieces were written in the ancient Tibetan language, covering religion, history and laws.

The Mogao Grottoes, a UNESCO World Heritage Site, feature a huge collection of Buddhist art, including more than 2,000 colored sculptures and 45,000 square meters of frescoes spread over 735 caves.