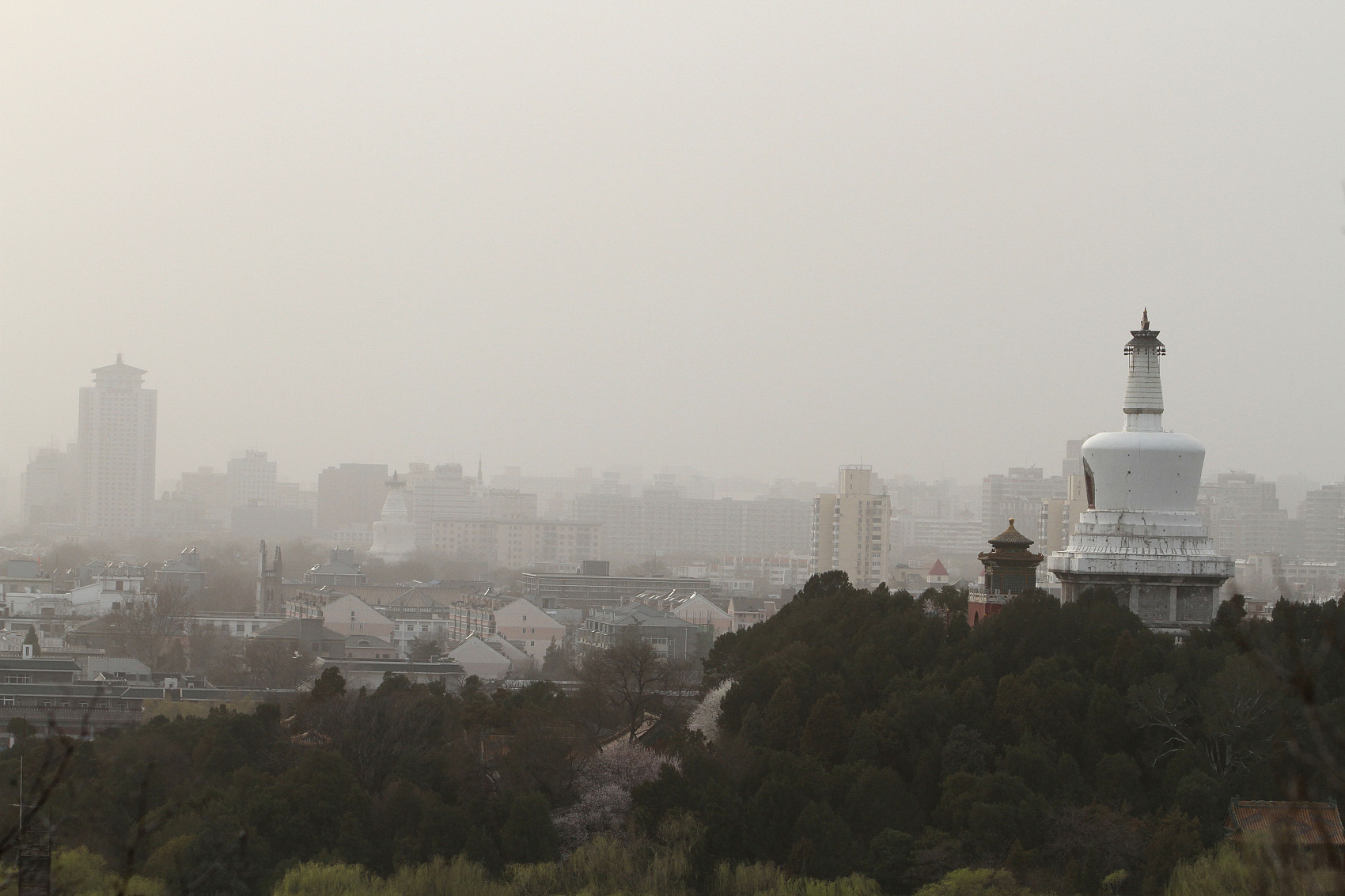 The Beijing Municipal Ecological and Environmental Monitoring Center on Wednesday reported that the dusty weather caused moderate air pollution with the primary pollutant being hazardous airborne PM10 particles, which will continue until Thursday.

According to the center's weather report, the main body of the sandstorm moved out of Beijing on Tuesday morning. But by Tuesday afternoon, the wind change brought the dust back.

By 10 a.m. Wednesday, the average concentration of PM10 in Beijing was 285 micrograms per cubic meter.

China's national observatory on Tuesday renewed a blue alert for sandstorms in the northern, central and eastern parts of the country.

The warning was downgraded from the yellow alert issued on Monday, when sandstorms blew across the northern parts of the country.