BEIJING, Oct. 19 (Xinhua) -- DVDs and USBs recording China's National Day celebrations, including a gathering at Tian'anmen Square, a military parade, a civilian parade and an evening gala, have hit shelves across China. 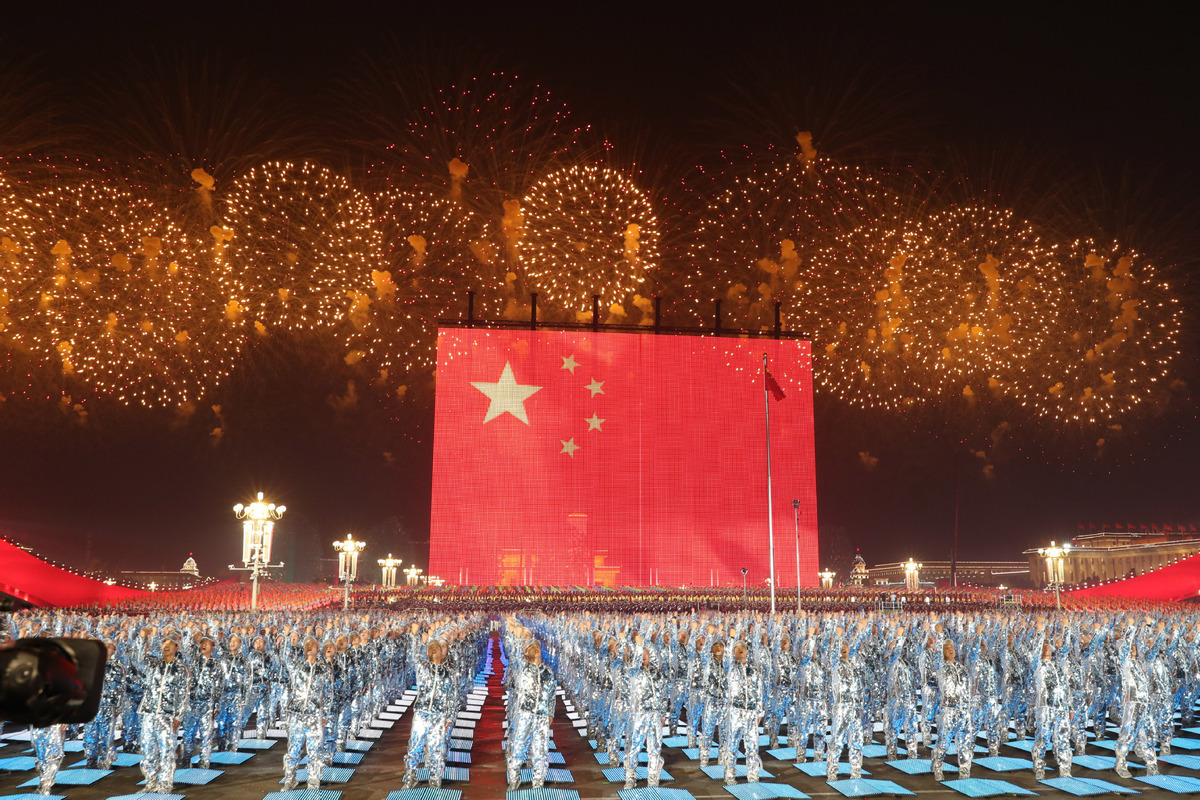 Dazzling fireworks light up Beijing at the evening gala to celebrate the 70th anniversary of the founding of the People's Republic of China at Tian'anmen Square in Beijing on Oct 1, 2019.  (Photo: Xinhua)

They are among a total of six audio and video products themed around the celebrations of the 70th founding anniversary of the People's Republic of China, which were recently launched by China Media Group (CMG).

In addition to Mandarin and Cantonese, some of the products are available in Mongolian, Tibetan, Uygur, Kazak and Korean, as well as English, Russian, French, Spanish, Arabic and Portuguese, according to the CMG.

These audio and video products are available at China's bookstores and major online shopping platforms.