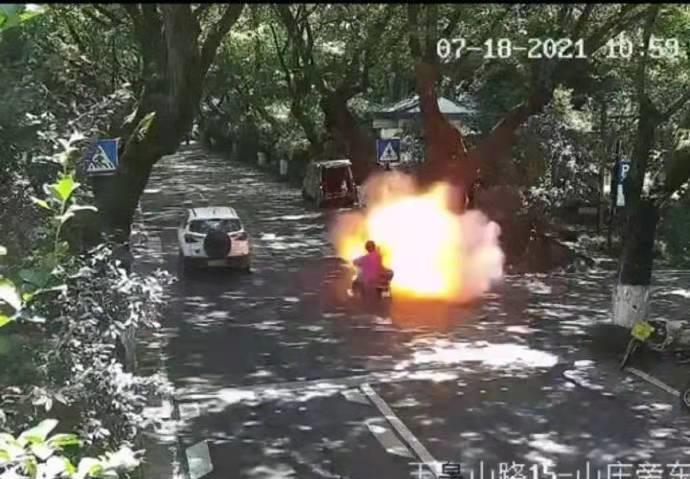 An electric bicycle exploded while in transit on a road in Hangzhou, injuring three people, two of whom are seriously burnt, The Beijing News reported.

The accident happened when the family of three were riding two electric bicycles on Yuhuangshan Road in Hangzhou, Zhejiang Province, on Sunday.

The father and his daughter on the exploding bicycle were both in critical condition, suffering burns to 90 percent and 95 percent of their bodies respectively, the report said.

The cause of the accident was related to the lithium battery, according to a preliminary investigation, but more specific reasons behind the explosion are subject to further study, Hangzhou fire bureau said. 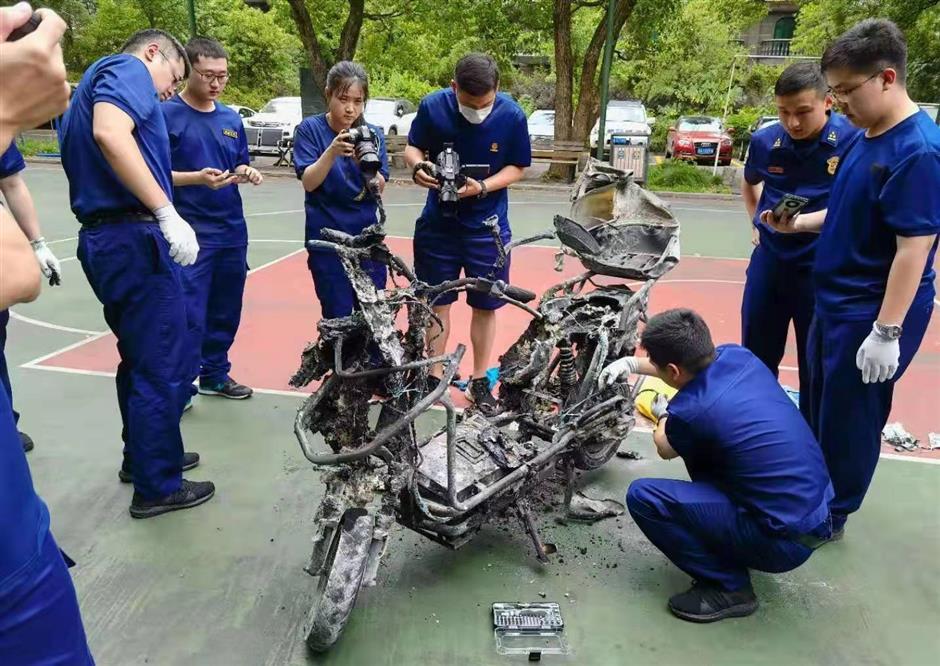 Firefighters examine the wreckage of the exploded electric bicycle.