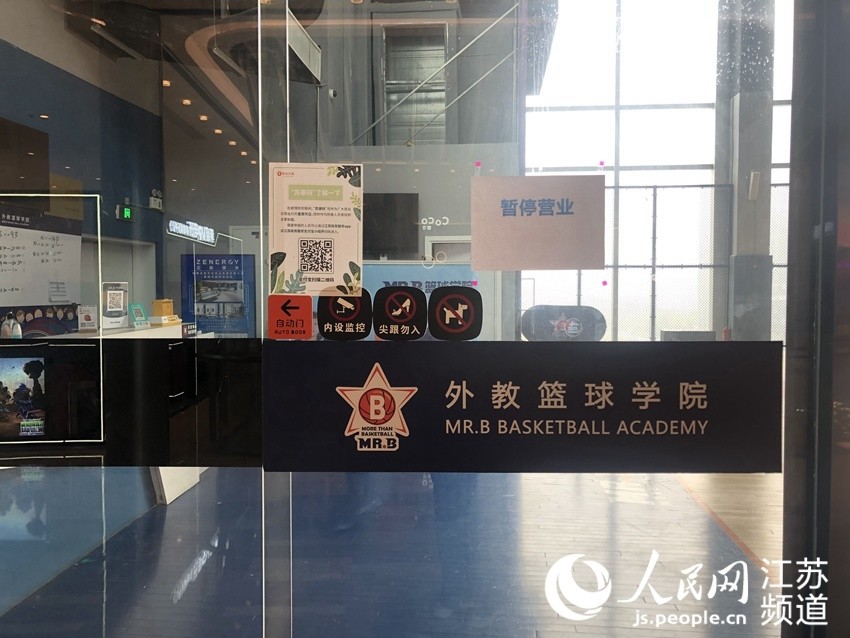 Photo: A basketball training organization in Nanjing where Zhou has worked as a teaching assistant.

Zhou, 19, arrived at Nanjing Lukou International Airport after a flight from the US on August 11. He was transferred to a designated hotel and received medical observation and quarantine. Having tested negative twice, he returned home to Jianye District.

According to the tracking management regulations for inbound travelers in Nanjing, Zhou received nucleic acid tests and tested negative on September 1. But he tested positive on September 8 and 9, and was sent to a Nanjing public health center for observation. With no symptoms and normal CT examination results, he was diagnosed as an asymptomatic case.

The prevention and control measures targeting Zhou's close contacts followed. Until now, his parents and other close contacts all tested negative in nucleic acid tests.

The Jianye District government urged its residents to take serious prevention measures in fall and winter. Anyone who has a fever or a cough should immediately wear a mask and go to the hospital.