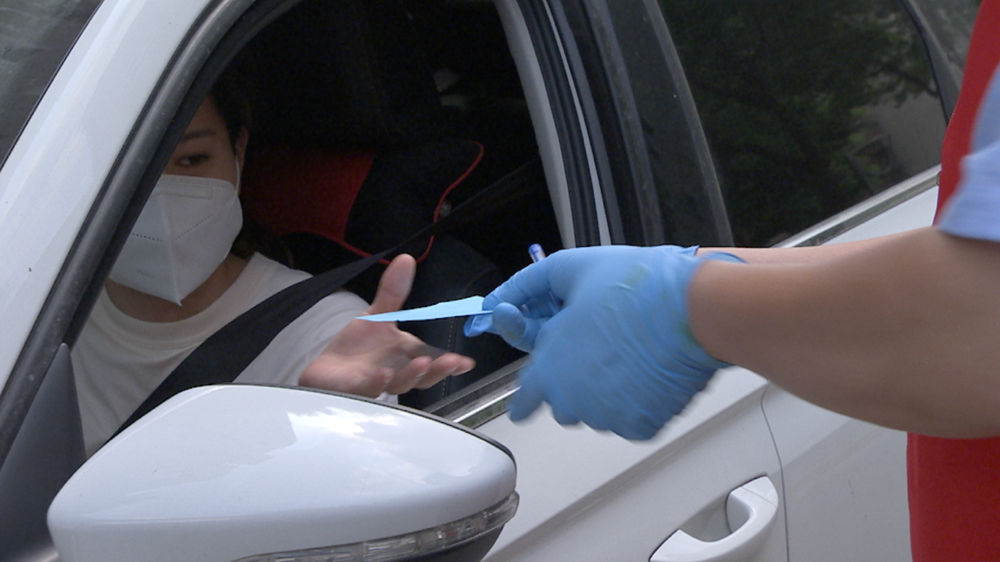 Every family is issued a one-time pass in low risk communities without confirmed cases in Yangzhou. Only one person out of each family can go out once a day since August 1, 2021. (Photo: CGTN)

Zhang Cansong used to work at a restaurant. But now he helps east China's Yangzhou City fight COVID-19 as a community volunteer.

In Yangzhou's Guangling District, where Zhang's home is based, 25 residential communities are medium- and high-risk areas under lockdown. While Zhang's community, Dingyuan, is among over 400 low-risk communities in the district.

"Every family has been issued a pass, and it's understandable that each may have urgent matters to deal with, such as buying food or medicine. But they can only go out once a day," Zhang said.

More than 40 percent of the cases in Yangzhou have been caused by community infections in chess rooms and mahjong parlors. And 70 percent are seniors, as people over 60 are more likely to play such games.

"There are some large chess rooms close to us. I saw over 60 tables in them when I passed by. The small chess room also has a dozen tables," Li Yuehua, resident of Dingyuan Community, told CGTN.

A woman from Nanjing's Lukou Street was one of those playing in Yangzhou's mahjong parlors. She was later diagnosed with the virus. She was detained by the police on August 3 for not reporting her trip and not following epidemic prevention and control rules.

Due to imported cases from Nanjing and the outbreak at mahjong parlors, all 45,000 chess rooms in Jiangsu Province have been closed.

As of Monday, Yangzhou has reported more than 300 confirmed COVID-19 cases, which surpassed those of Nanjing.

Local residents said they want to go back to work as soon as possible. And that's why authorities said they need to be more cooperative when it comes to respecting the ongoing restrictions.