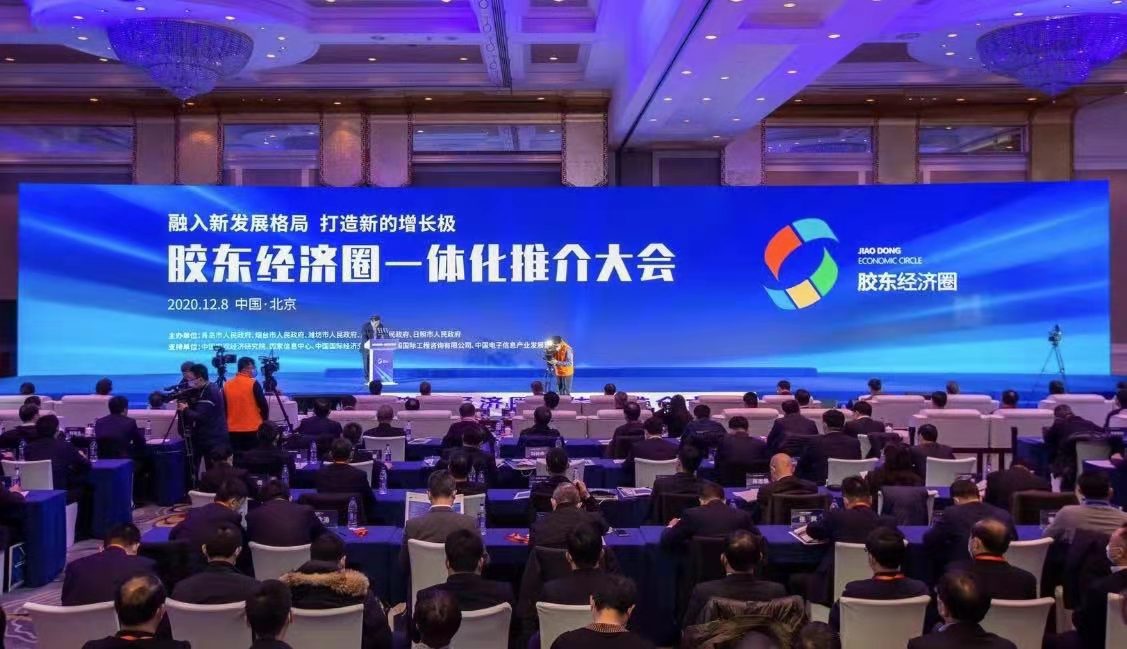 Five cities in the Jiaodong Pininsula, including Qingdao, Yantai, Weifang, Weihai and Rizhao in Shandong Province hosted a promotion conference in Beijing on the integration of their economic development on Tuesday.

The meeting, themed "integration into the new development pattern and the building-up of a new growth pole", aims to show the fresh image of new economic integration development in Jiaodong Peninsula, set up a new platform to gather resources, and help the five cities speed up the construction of cooperation mechanism and the regional development community.

Over 200 people, including officials from state ministries and from local departments of Shandong Province, experts and scholars, and leaders from domestic and foreign enterprises, attended the conference.

The meeting also hosts an exhibition in the form of display board and videos to show the infrastructure interconnectivity, industrial innovation and opening to the outside world of the Jiaodong economic circle.

It shows the ambition of the five cities to strengthen the all-round and three-dimensional depth cooperation, and speed up the integration of the country's dual economic circulation into the new development pattern of better service of ecological protection in the Yellow River.