Information technology specialists said the application of artificial intelligence has been a trend in fighting online fake goods on e-commerce platforms such as Taobao in recent years. 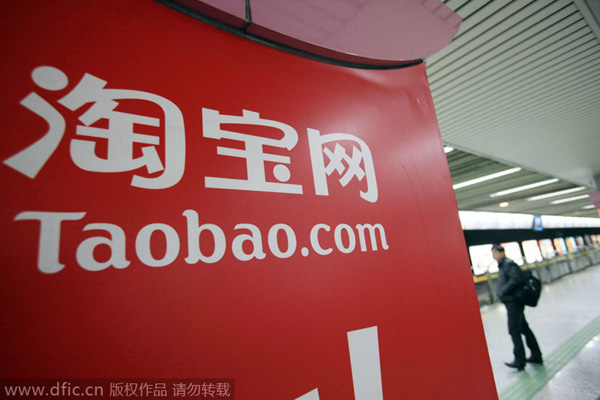 An advertisement for online shopping site Taobao.com of Alibaba Group is seen at a metro station in Shanghai, Nov 12, 2014. (Photo: IC)

As online shopping has become more popular among Chinese people, some big enterprises, including e-commerce giant Alibaba and Amazon, have tried taking advantage of technologies, especially AI, to identify counterfeit goods, according to Ji Shouling, dean of the College of Computer Science and Technology at Zhejiang University.

"The application is also to protect intellectual property rights," he said.

Compared with manpower, the AI application has accelerated the online identification of counterfeit goods and made the fight more effective, he added, seeing it as a trend in IPR protection.

"Our IPR protection actually is a set of algorithm technology systems, and AI is a core," said Lu Quan, a senior algorithm expert from Alibaba. "The systems are based on a database that has massive information on characteristics of online or offline fake products collected by our company as well as our experience fighting counterfeits over the past 20 years."

Thanks to the 24-hour systems that can identify and block content such as pictures, videos or texts that are suspected of promoting fake goods through its comparison of the database, "counterfeit complaints from consumers on our platform have been declining," he said.

"In fact, we started using these technology systems four or five years ago, and we're still making improvements to ensure accuracy." If an online shopper thinks the content is improper or in error, "we also provide them with a channel to report," Lu added.

To illustrate, a person needs 10 seconds to review a picture online. "We'd have to ask 50,000 people to review it at the same time to match the efficiency of the systems," a statement from Alibaba said.

By providing clues to IPR infringement, the company has helped public security departments in 31 provinces and 227 counties or districts bust 4,289 workshops and 4,439 people on suspicion of producing and selling fake goods over the past three years, according to its statistics.

Besides targeting counterfeit goods, Zuo said, the AI application has also been applied in combating online fraud by blocking scams. He suggested companies pay attention to technical security to avoid being attacked by hackers.