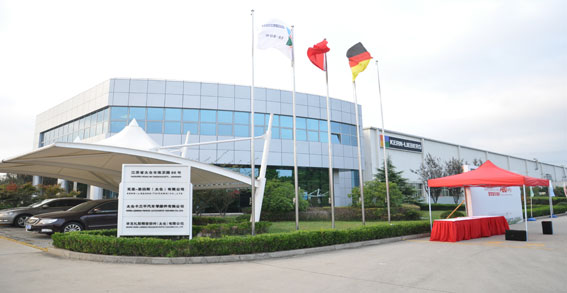 A China-Germany new businesses cooperation zone in east China's Jiangsu Province is expected to be home to 100 German enterprises by 2020, local authorities said Sunday.
The government of Kunshan City said that the number of European and American companies in the zone will reach 200 (including German companies) with an annual output of 30 billion yuan (4.5 billion U.S. dollars) by then.
The China-Germany (Kunshan) small and medium-sized enterprises (SME) cooperation zone was approved by the Ministry of Industry and Information Technology in May.
In neighboring Taicang City, an increasing number of German companies have come to the city since first German company settled there in 1993. They cover a wide range of fields, including high-end equipment manufacturing, auto parts and services.
There are more than 280 German companies in Taicang with an annual output value of more than 40 billion yuan, according to Shen Mi, Party chief of the city.
Around 20 new companies from Germany have come to the city every year.
Taicang has platforms to promote development of German SMEs there, including a cooperation and innovation park and a China-Germany international education park.