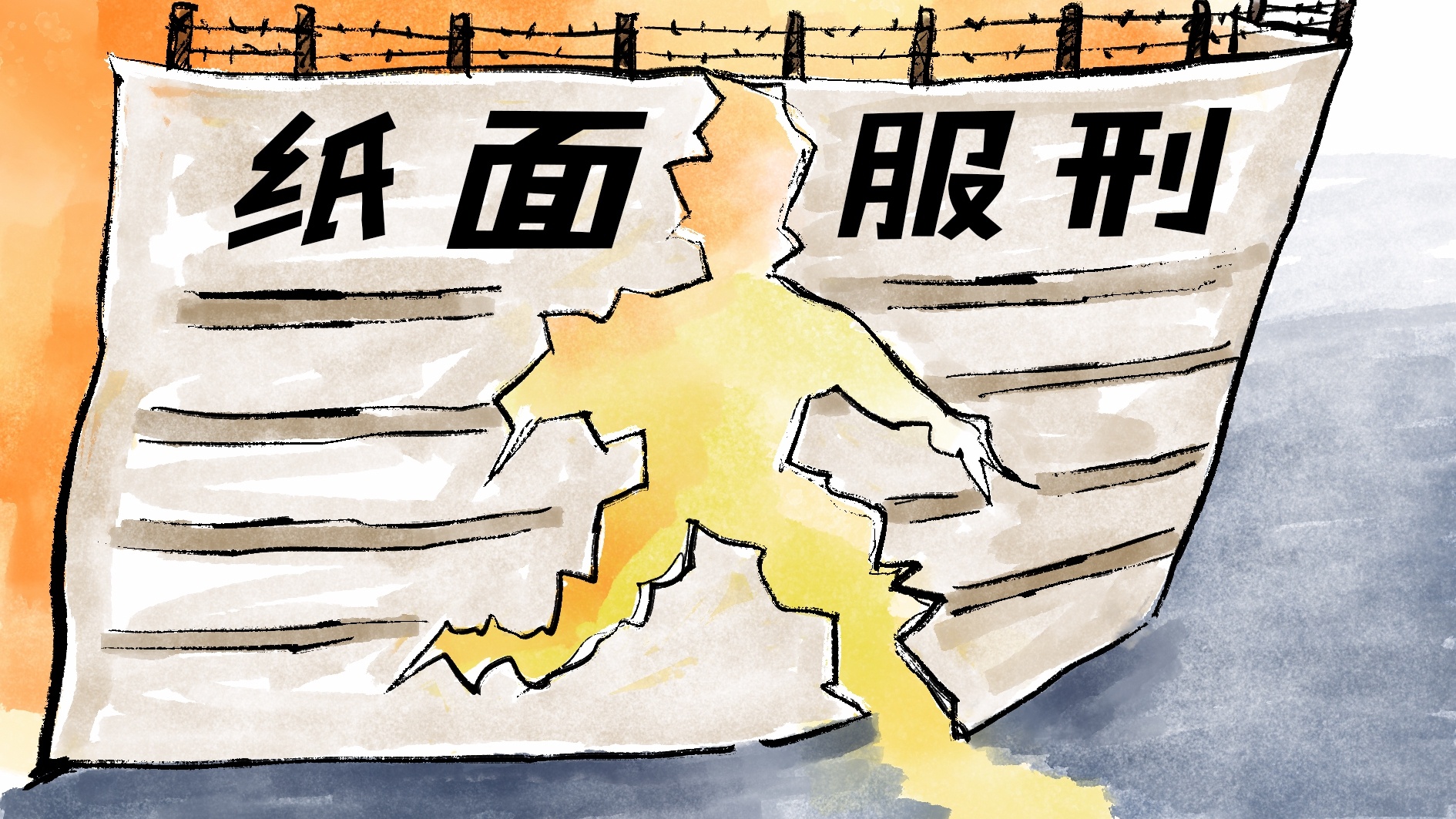 Authorities in Xiuning county, East China's Anhui Province, have launched an investigation into a case of a man who was never sent to prison despite being convicted of killing a 27-year-old woman from the same village. It has been sarcastically called another case of "serving a sentence on (legal) paper," following a similar case previously reported in Inner Mongolia.

The man, surnamed Wang, killed the woman in a dispute in the village in 1995, and was sentenced to 12 in prison on November 1996 for the crime, The Beijing News reported Wednesday. However, Wang was never imprisoned, and instead got married and lived a normal life during his sentence. He is currently working as a taxi driver in Hangzhou, East China's Zhejiang Province.

Wang was granted medical parole twice. However, the local courts were reported to have no documents approving the parole. A 2003 report from Anhui's prison administration bureau said that Wang suffered from kidney disease.

The victim's brother said that many locals saw that Wang often went home, got married and had children while on parole, Beijing News reported. The last time Wang went home was on Qingming Festival.

He is currently working as a taxi driver in Hangzhou, East China's Zhejiang Province.

The case has been criticized as another incidence of "serving a sentence on (legal) paper," following a previous case in which a man in Inner Mongolia Autonomous Region never served time despite being sentenced to 15 years after being convicted of murder in 1992.

He began a career as a village official, joined the Communist Party of China and was even elected as a people's congress deputy of the local banner where he was staying.