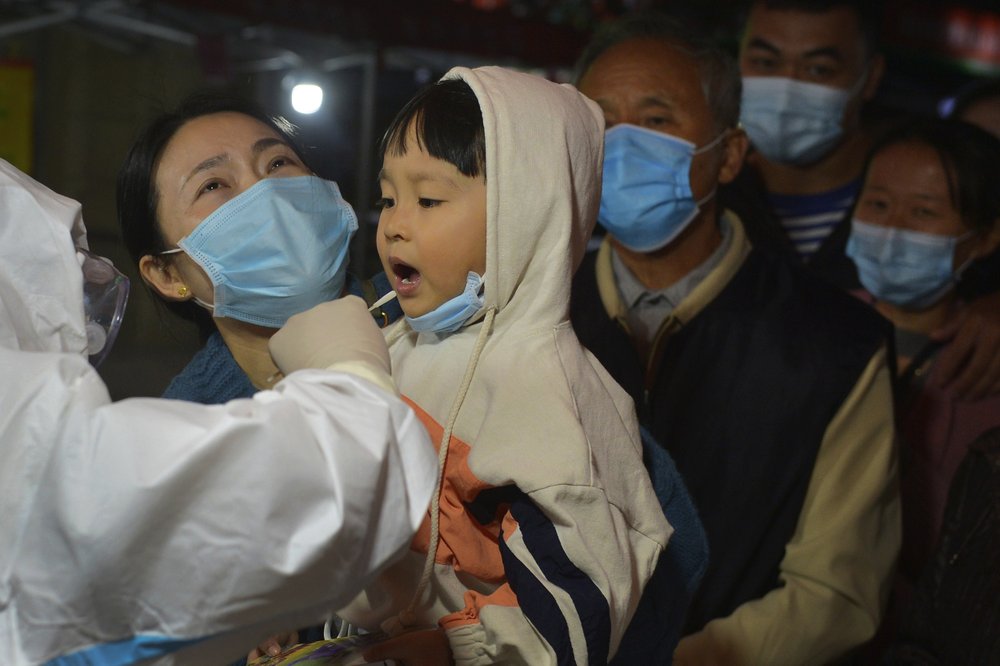 A medical staff takes a swab from a child as residents wearing face masks to help curb the spread of the coronavirus line up for the COVID-19 test near the residential area in Qingdao in east China's Shandong province on Monday, Oct. 12, 2020. (Photo: AP)

East China’s Qingdao said Tuesday it has tested over 4 million people since the latest local infections were detected over the weekend.

Among the nearly 2 million test results returned so far, there were no new positive cases except for the active cases already reported.

As of 3:30 pm Tuesday, Qingdao had six confirmed COVID-19 cases and six asymptomatic cases after new cases were spotted at a local hospital on Sunday.

In a daily briefing, local authorities assured the city is capable of conducting the city-wide tests with sufficient support.

The local health commission announced a five-day testing mission on Monday to screen the city’s 9 million residents. Resources were mobilized from other cities in Shandong Province to ramp up Qingdao’s testing capability.

The city said there are over 3,600 testing sites with over 9,000 medical staff for the mass testing.