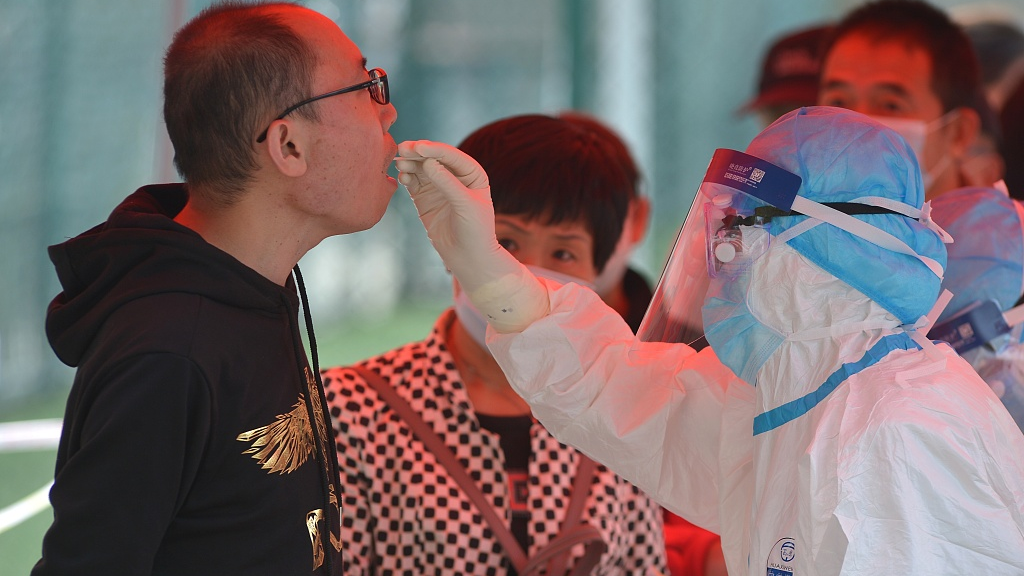 The city of Qingdao in east China's Shandong Province has activated a plan to conduct a citywide nucleic acid testing for COVID-19 after new cases were reported. The National Health Commission has also dispatched an expert team to Qingdao to guide virus prevention and control on Monday.

Qingdao has reported six new confirmed cases and six new asymptomatic cases of COVID-19 since fresh cases emerged in the city over the weekend, the municipal health commission said.

Epidemiological investigations found that the cases were linked to the Qingdao Chest Hospital used to treat imported COVID-19 patients.

The city will complete nucleic acid testing in five districts within the next three days, and testing will cover the whole city in five days, according to a notice issued by the municipal health commission, adding that the results will be released in a timely manner.

Another, 75,296 people in the community have completed nucleic acid tests. They all tested negative for the virus.