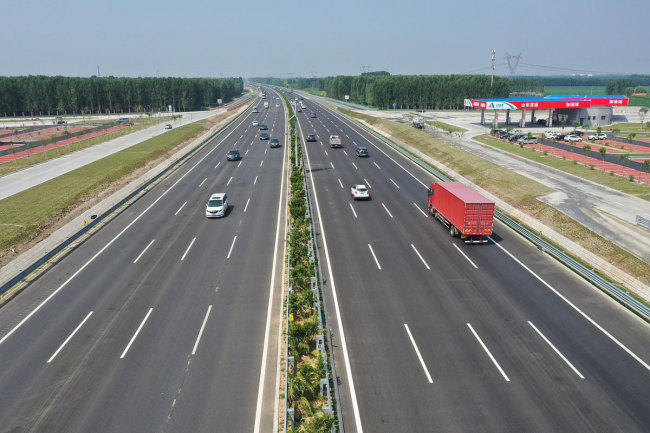 The Jinan-Qingdao expressway in eastern China's Shandong Province completed its expansion project and is open to traffic on Friday, July 26, 2019. (Photo: VCG)

The Jinan-Qingdao expressway in eastern China's Shandong Province completed its expansion project and was open to traffic on Friday, with its former four lanes widened to eight, which has greatly improved the traffic efficiency and road capacity.

The expansion project connects Jinan, the provincial capital, to the coastal city of Qingdao, with a total length of 309 km. The design speed for the expressway is expected to reach 120 km per hour.

Shandong Hi-Speed Group Co., Ltd. invested about 29.8 billion yuan (4.3 billion US dollars) in the project and after the reconstruction and expansion, the expressway has become Shandong's first eight-lane highway, according to the company.

Since the expressway was built and open to traffic in 1993, it has greatly benefited Shandong's economic and social development.

However, because the actual traffic volume far exceeded the designed volume, the expressway has seen increasingly serious traffic congestion. In June 2016, Shandong launched the expansion project to deal with the problem.