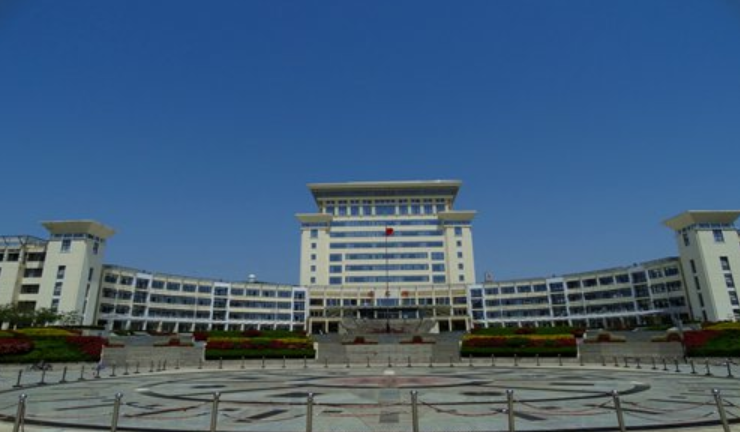 A view of library building of the Shandong University's Weihai Campus  (Photo: VCG)

Shandong University's Weihai Campus in East China's Shandong Province is recruiting teams of student cyberspace monitors and current affairs commentators, in a bid to better "cultivate good netizens on campus" and strengthen the ideological and moral construction of college students. The job description for the student positions, according to a notice the Weihai campus student work department released on Thursday, said that student cyberspace "messengers" and current affairs commentators are expected to report key work updates at the schools they are from, and write their thoughts on major national, social and campus events, such as the two sessions, a key annual event in China's political calendar.Students holding such posts should also write opinion articles on hot social issues, and report information that includes hot topics among students and sensitive information that could affect the university's public image.The job requirements state that applicants must possess correct political qualities and acumen, and that Party members will be given priority. Training will be provided and the students' works, once adopted by the university, will be awarded remuneration. The university will also recognize excellent student messengers and commentators with school-level honors. The recruitment campaign will consider each department's recommendation for candidates. And the candidates can choose to or not to take the job on a volunteer basis. Two online monitors and one current affairs commentator are to be selected from schools with more than 1,000 students, and one of each from schools with fewer students, read the notice. Recommendation forms attached to the notice had been downloaded 75 times as of press time. Once selected, the cyberspace messenger and the current affairs commentator are expected to deliver their quality works on time, and they should continuously work in the posts for at least one semester. Any personnel change for the jobs should be reviewed and approved by student work officials at the university, the notice said.In the age of we-media featuring online news sources run by individuals or small groups of people, university students have increasing opportunities to receive and digest a flood of information from the internet and they need to be properly guided on how to properly express themselves online, Zhu Lijia, a professor of public management at the Chinese Academy of Governance in Beijing, told the Global Times on Sunday.  By selecting cyberspace messengers and commentators, the university is offering a channel or a platform for students to voice opinion and exchange ideas with proper guidance and such jobs can also help the university with self-supervision, Zhu noted. According to the Weihai campus official website, it has 11 schools, with 14,900 undergraduate students and some 1,400 students working on their masters and PhD degrees. Ding Wenfeng, director of the information technology department with the Chinese National School of Administration, expressed support for the campaign. "It mobilizes students to closely follow national and international current affairs, and guides them to make their own voices in an objective and critical fashion," Ding told the Global Times on Sunday.  The university's effort is also in line with the country's promotion of an open atmosphere on campus, which encourages students to pursue truth through discussion based on facts, Ding said. It will also help schools  discover unstable factors on campus, he noted. Linyi University, also in Shandong, rolled out a similar cyberspace messenger management program in 2018, requesting such post holders to monitor and report major public opinion events on campus around the clock, and to prevent confidential information being leaked online, according to the website of the university. But Linyi University did not require such post to be held by students.